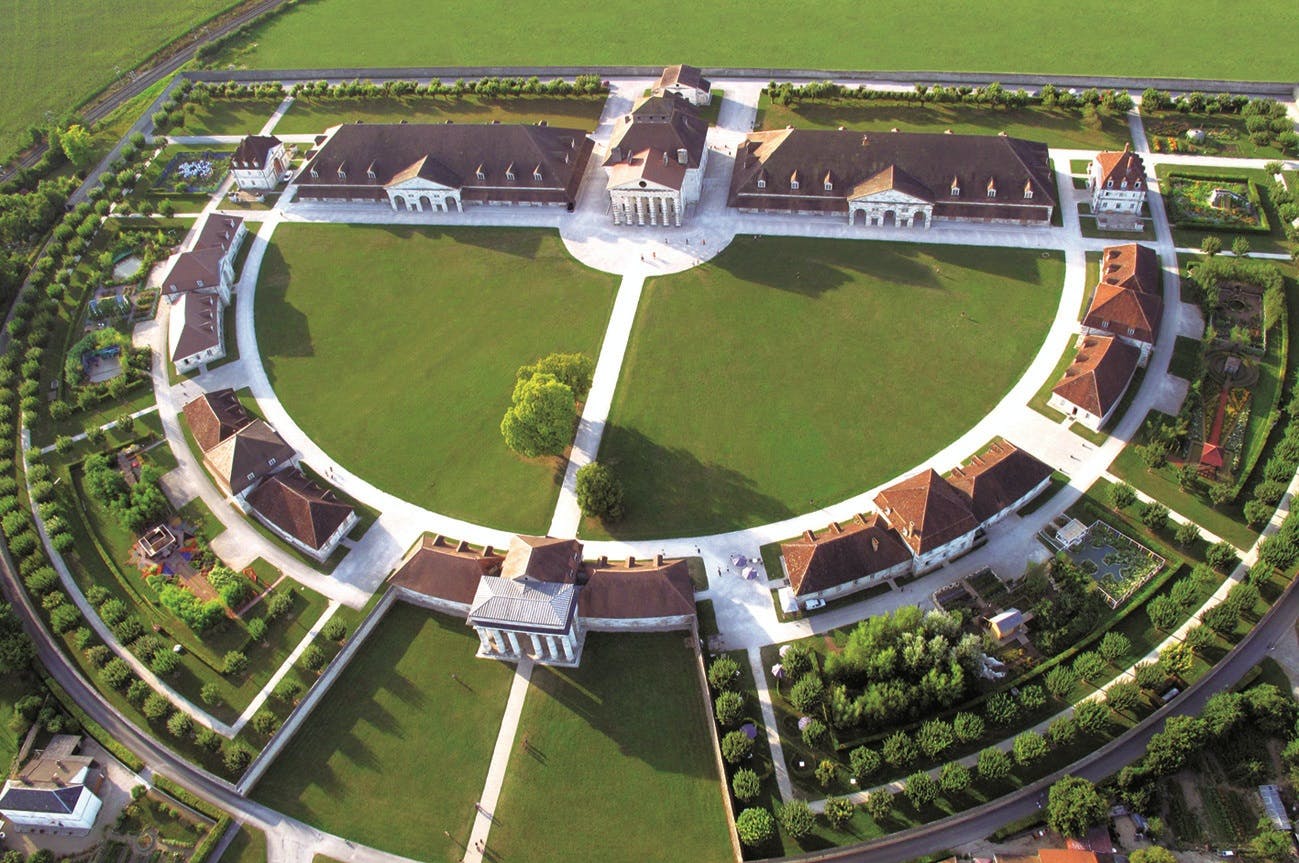 Discover the exceptional architecture of the Royal Saltworks of Arc-et-Senans, built by Nicolas Ledoux under the order of Louis XV and listed as a UNESCO World Heritage Site since 1982.Thanks to the HistoPad, an augmented reality visit will plunge you into the heart of the 18th-century saltworks. You will be awestruck by the size and majesty of one of the largest saltworks in Europe which was once devoted to the exploitation of salt in Franche-Comté.Continue your visit with the permanent salt exhibition and also discover the beautiful museum of the architect Claude-Nicolas Ledoux where his models and other projects are exhibited.A visit to the saltworks would not be complete without a visit to the gardens! Originally these gardens had a food-producing function as they were cultivated by the workers who worked and lived in the saltworks.