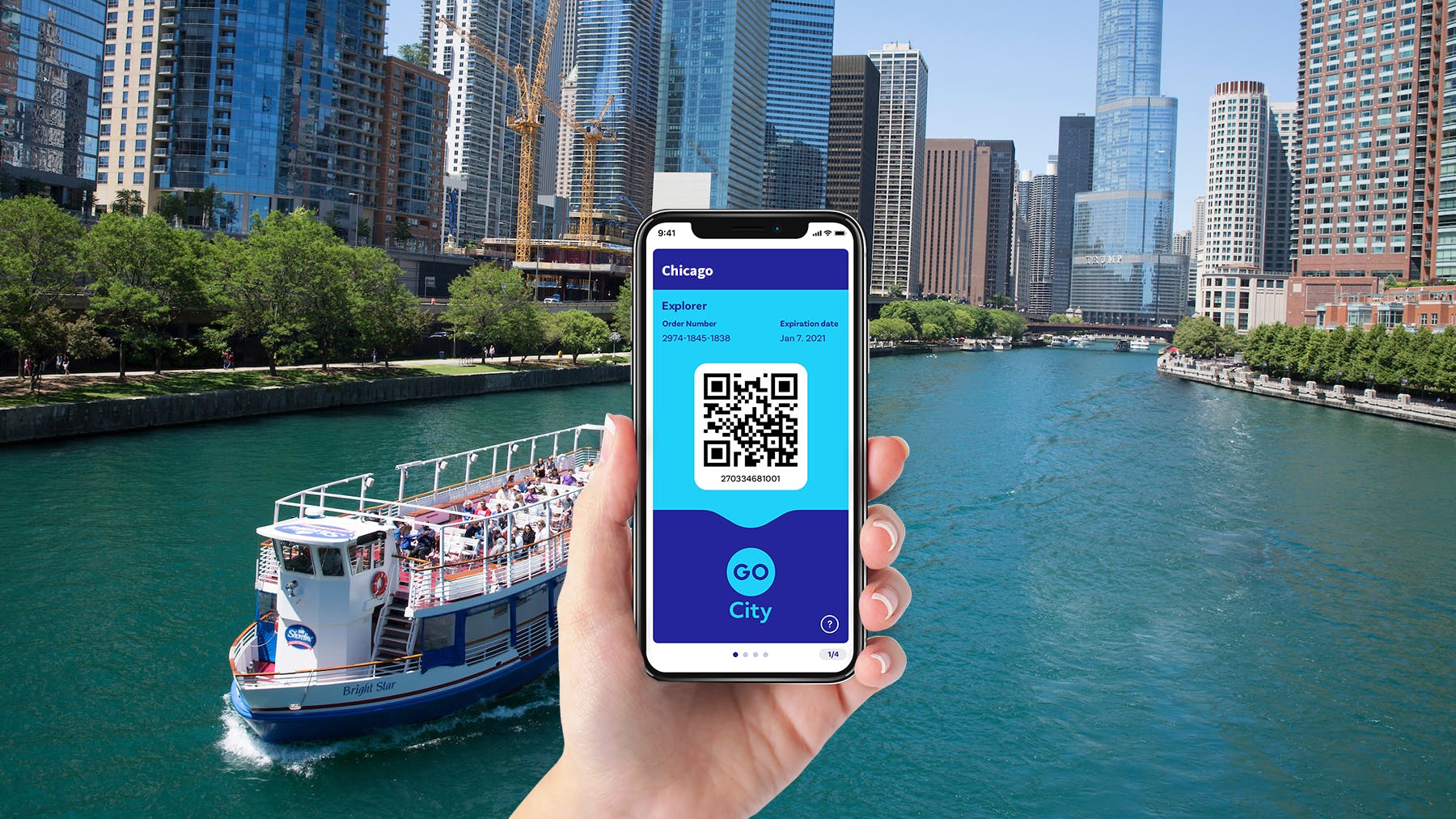 Sightsee Chicago at your own pace! Get admission to 2, 3, 4, 5, 6 or 7 attractions and tours of your choice with Go City’s Chicago Explorer Pass, save up to 40% compared to normal ticket costs and explore for 60 days from your first visit. Want to see the Museum of Contemporary Art or admire amazing architecture on a river cruise? If you want to take it slow, why not cycle around the city or have a fun day bowling in Downtown Chicago? There’s something for everyone, you can choose from over 25 top Chigaco attractions! It’s simple and convenient: browse your digital guide for where to go next, scan your pass at the entrance and enjoy your time in Chicago! Your choice of 25+ attractions includes:
– 360 CHICAGO
– Shoreline Architecture River Cruise
– SkyDeck Chicago
– Field Museum
– Museum of Contemporary Art
– Museum of Science and Industry
– 10pin Chicago Two-Hour Bowling & Lunch
– American Writers Museum
– Frank Lloyd Wright Home and Studio Tour
– Robie House
– Chicago History Museum
– Ernest Hemingway Birthplace Home
– LEGOLAND Discovery Center
– Shoreline Classic Lake Tour
– Brookfield Zoo
– Four-Hour Bike Rental by Bike and Roll Chicago
– Hop-On Hop-Off Big Bus Chicago: 1-Day Classic Tour
– Navy Pier – 4 Ride Pass
– Big Bus Chicago – Panoramic Night Tour
– Chicago Gray Line Panoramic and Scenic North Side Tour
Check out the guide for the most updated line-up. 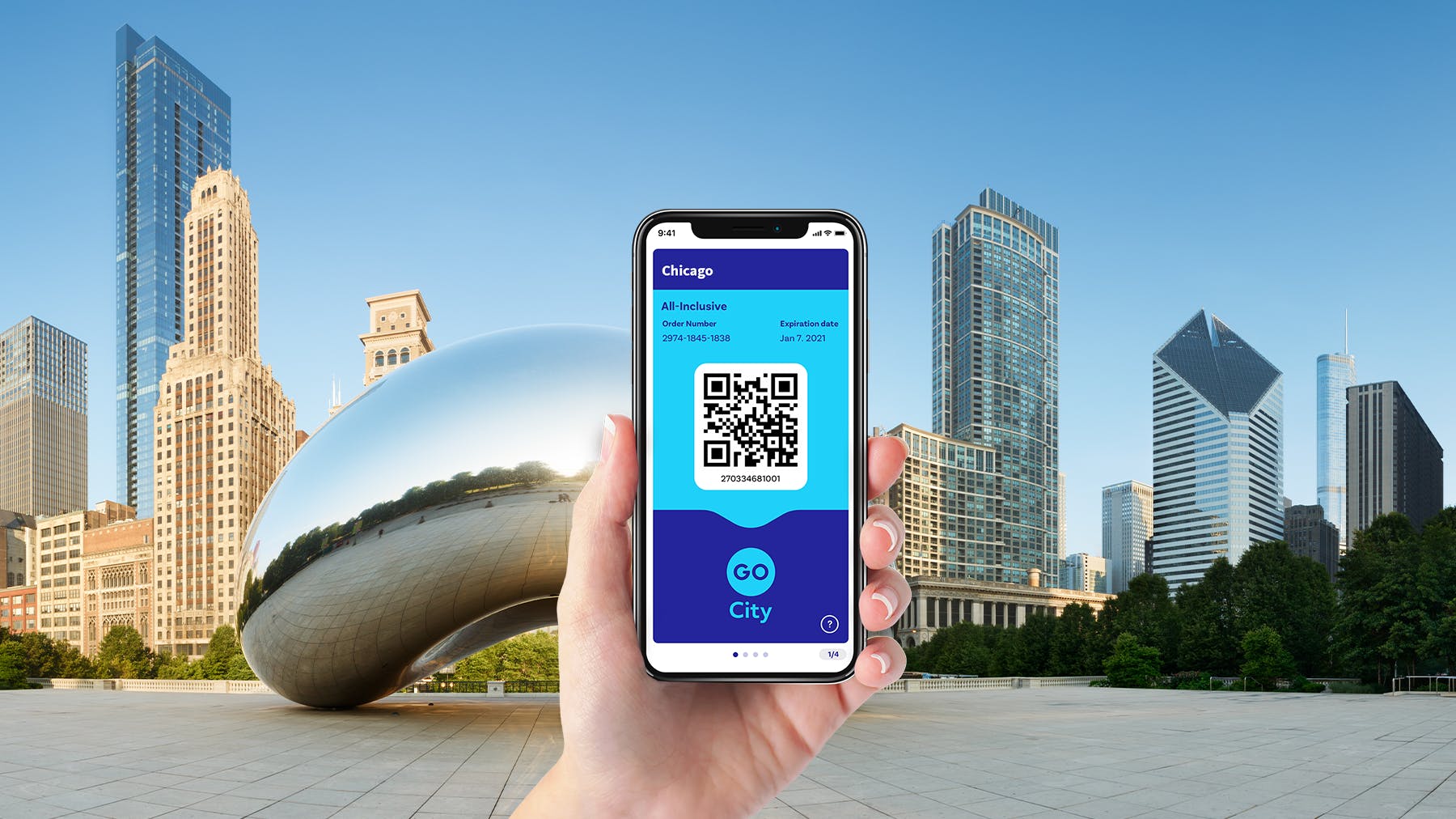 Welcome to the windy city! Home to world-famous art museums, iconic architecture and delicious food, Chicago is a perfect blend of midwestern hospitality and dynamic urban metropolis all set against the beautiful backdrop of Lake Michigan. Don’t miss the chance to see all it has to offer with Go City’s All-Inclusive Pass! Save up to 45% and enjoy admission to over 25 top attractions and tours. You can pick the best option for you between 1, 2, 3, or 5-day pass. Want to admire the city from above on top of the SkyDeck Chicago or from the comfort of a hop-on hop-off bus? Simply show your pass from your mobile device at your chosen attraction. It’s easy and convenient! Every pass comes with a downloadable guide to help you organize your trip. Your choice of 25+ attractions includes:
– Shedd Aquarium
– 360 CHICAGO
– Shoreline Architecture River Cruise
– SkyDeck Chicago
– Field Museum
– Museum of Science and Industry
– 10pin Chicago Two-Hour Bowling & Lunch
– Museum of Contemporary Art
– Frank Lloyd Wright Home and Studio Tour
– Chicago History Museum
– Ernest Hemingway Birthplace Home
– LEGOLAND Discovery Center
– Shoreline Classic Lake Tour
– Brookfield Zoo
– Hop-On Hop-Off Big Bus Chicago: 1-Day Classic Tour
– Adler Planetarium
– Gray Line Grand Tour
– Chicago Theatre Marquee Tour
For the most up-to-date line-up please check out the guide. The more you see, the more you save! 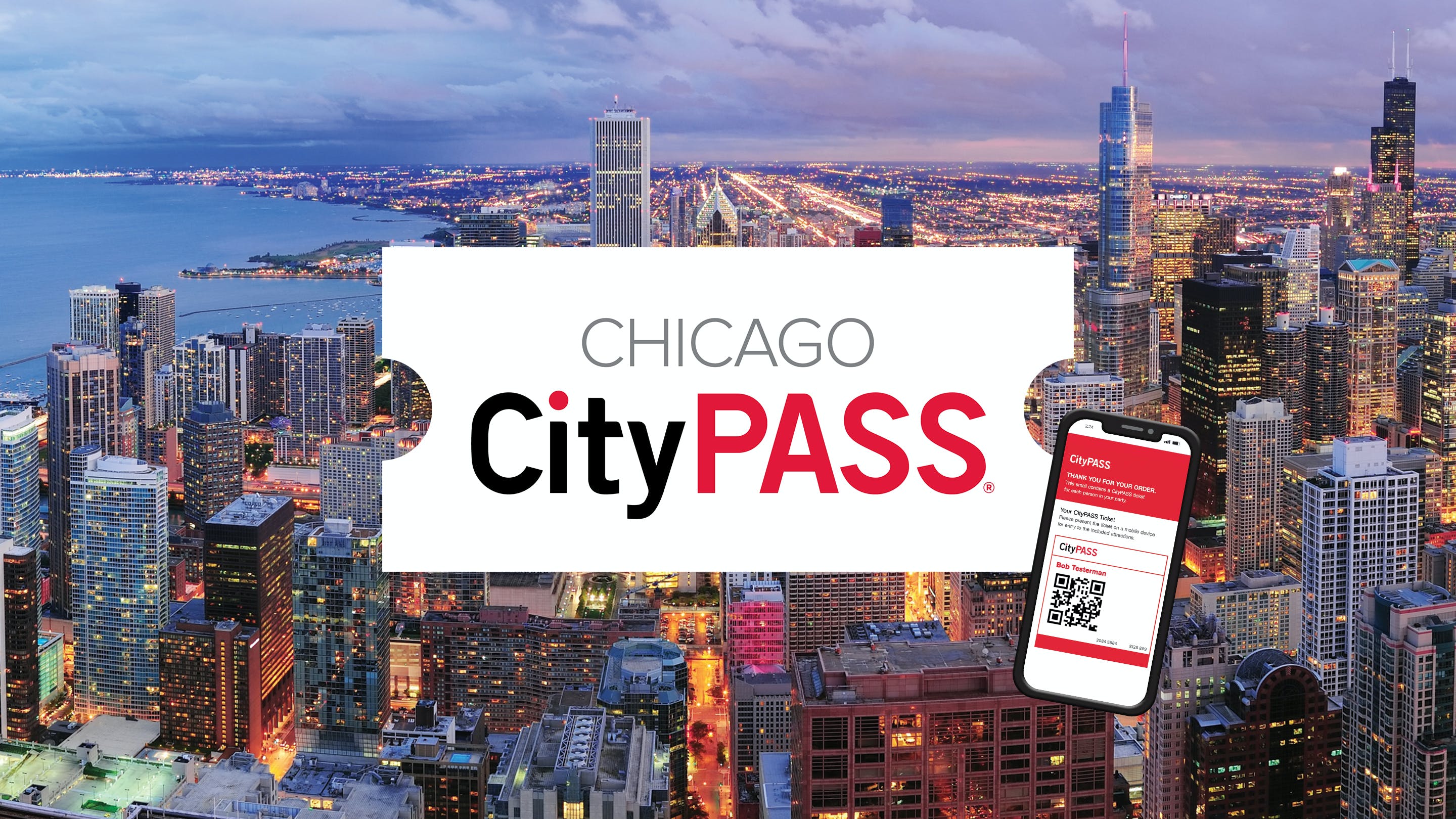 The Chicago CityPASS® mobile ticket will cover admission to the top 5 city attractions and will help save you 50% on what you would pay for the same tickets purchased separately. See more with CityPASS®, valid for nine days, starting from the first day of use; perfect for a weekend getaway or a longer vacation!Includes prepaid admission to 5 must-see attractions:
– Shedd Aquarium
– Skydeck Chicago
– Field Museum
Plus get admission to 3 more attractions of your choice:
– Adler Planetarium (TEMPORARILY CLOSED)
– Art Institute of Chicago
– Museum of Science and Industry, Chicago
– 360 CHICAGO Observation Deck 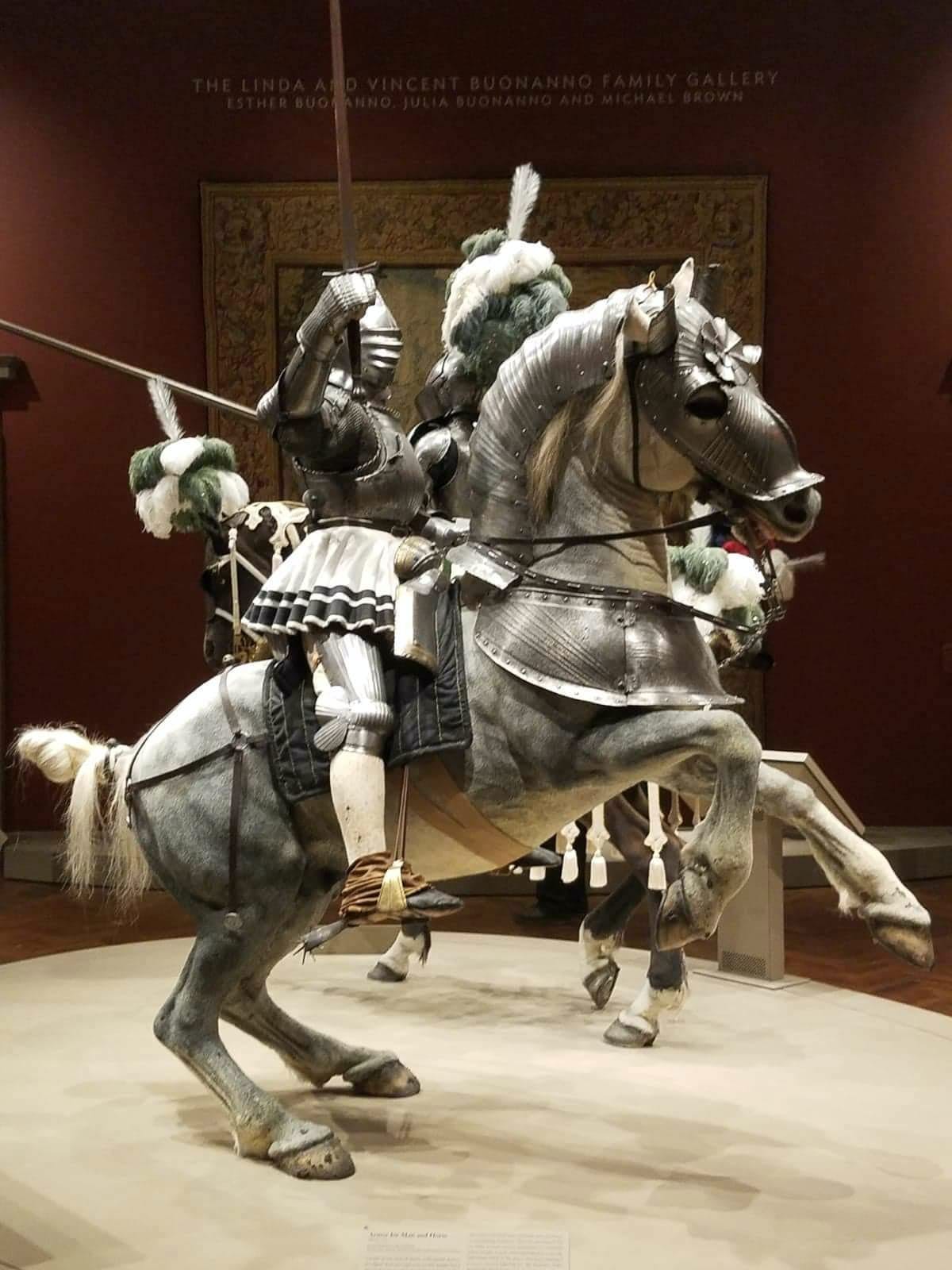 Welcome to the Art Institute of Chicago! A gorgeous American cultural hub packed with artistic masterpieces from all over the world, which attracts countless visitors every year.
On this private guided museum tour, you’ll be able to skip the line, head in the museum before the general public and explore the Institute’s best and famous masterpieces with the help of an engaging expert guide who will lead the way. You’ll have everything to yourself, where you can fully enjoy your trip in your own special way. Instead of wandering aimlessly, you’ll get to enjoy and make the most of your time admiring the very best works of art housed within the museum’s walls, in an educated and intimate way. The best part is that you can skip any line! 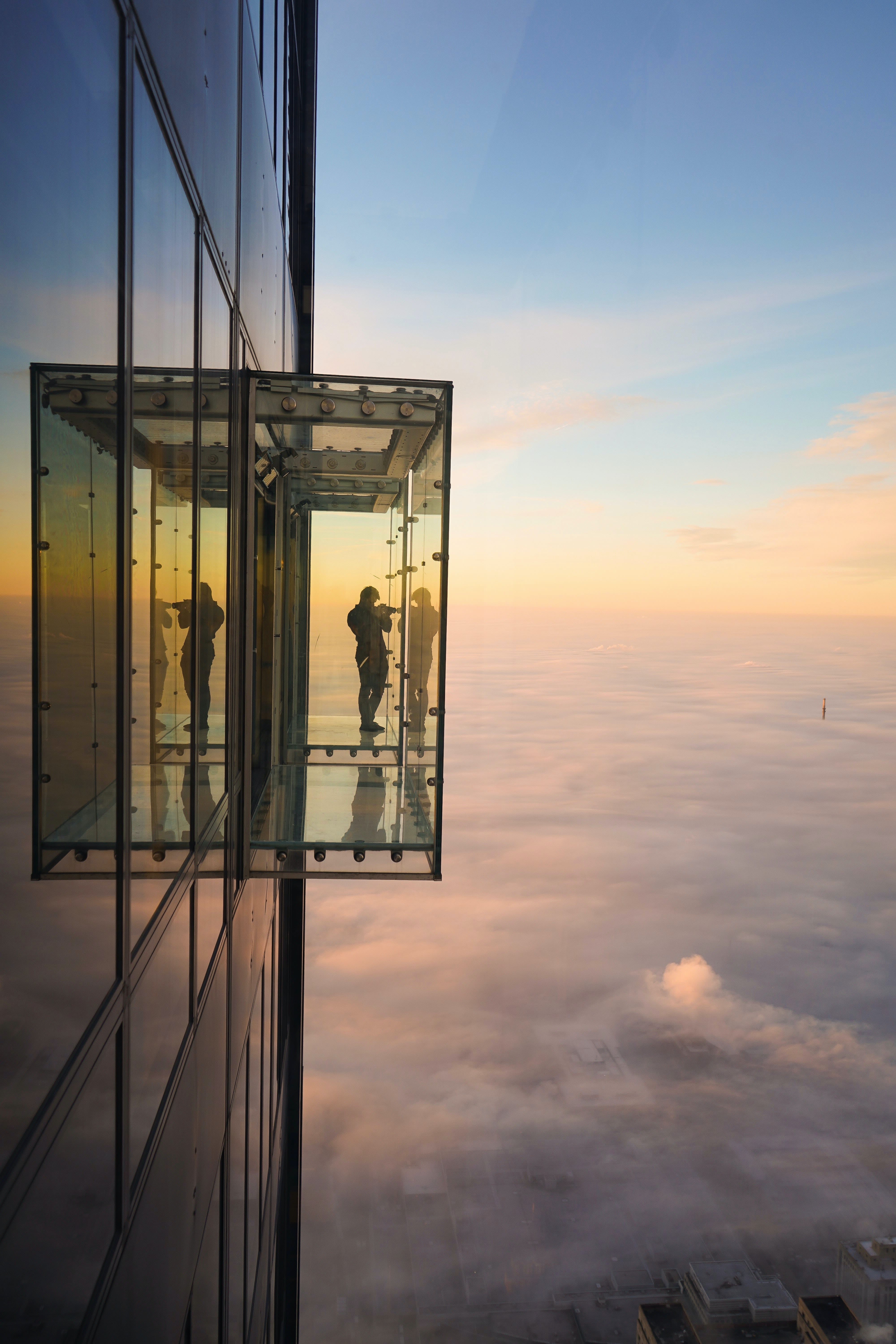 Embark on your awesome adventure and experience Chicago in the best way possible.Head over to the Cloud Gate also known as the Chicago Bean, a modern outdoor masterpiece forged by British artist Anish Kapoor. Visitors can touch its mirror-like surface and see their image reflected back from a variety of perspectives.Next up you’ll be exploring Chicago’s finest architecture, known worldwide for its elegance and finesse.
See over 40 Chicago landmarks during this awesome Shoreline Sightseeing Cruise, from its hidden architectural treasures to the city’s most famous landmarks.
Your tour doesn’t stop here! You’ll also get the chance to go up the tallest building in the Western Hemisphere and The Ledge at Sky deck Chicago. Get spectacular views from 1,353 feet!
If all this hasn’t gotten you an adventure yet, this next one will definitely get you excited, 360 CHICAGO Observation Deck offers breathtaking panoramic views of Chicago from 1,000 feet above the famed Magnificent Mile. The observation deck is the home of TILT – Chicago’s highest thrill. Finally, you’ll be making one last stop to the Adler viewpoint which provides you with a spectacular view of the entirety of the city of Chicago from the shoreline. After a full day of adventure, the guide will take you back to your downtown Chicago hotel where you can unwind with your memories of the day. 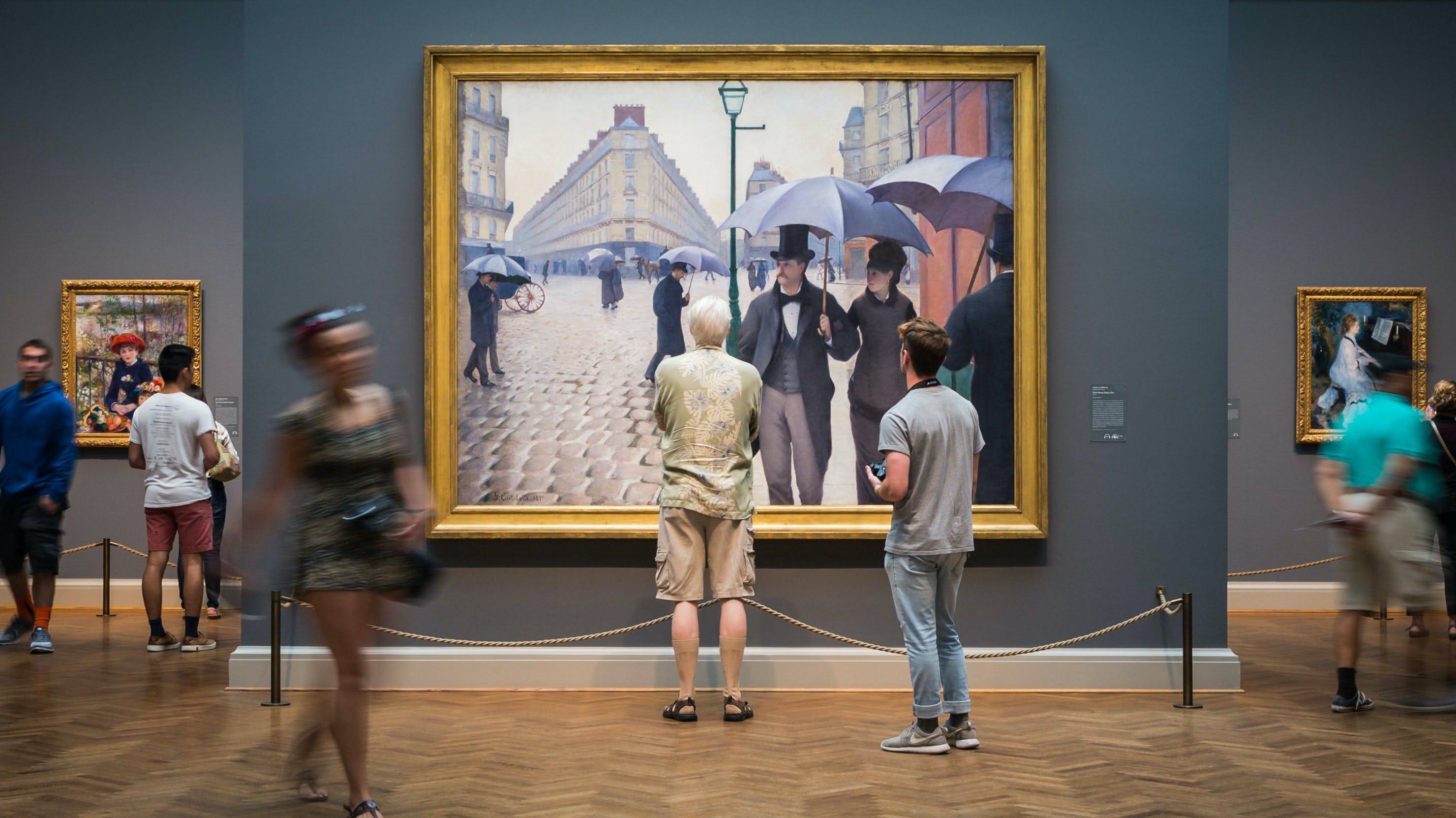 Welcome to the Art Institute of Chicago! A gorgeous “art-mecca”, which attracts countless visitors every year, matching its status to galleries like the Met, Louvre and the British Museum.
On this semi-private guided museum tour, you’ll be able to skip the line, head in the museum before the general public and explore the Institute’s best and famous masterpieces with the help of an engaging expert guide who will lead the way.
Instead of wandering aimlessly, you’ll get to make the most of your time and see the very best works of art housed within the museum’s walls. The best part is that you can skip any line!