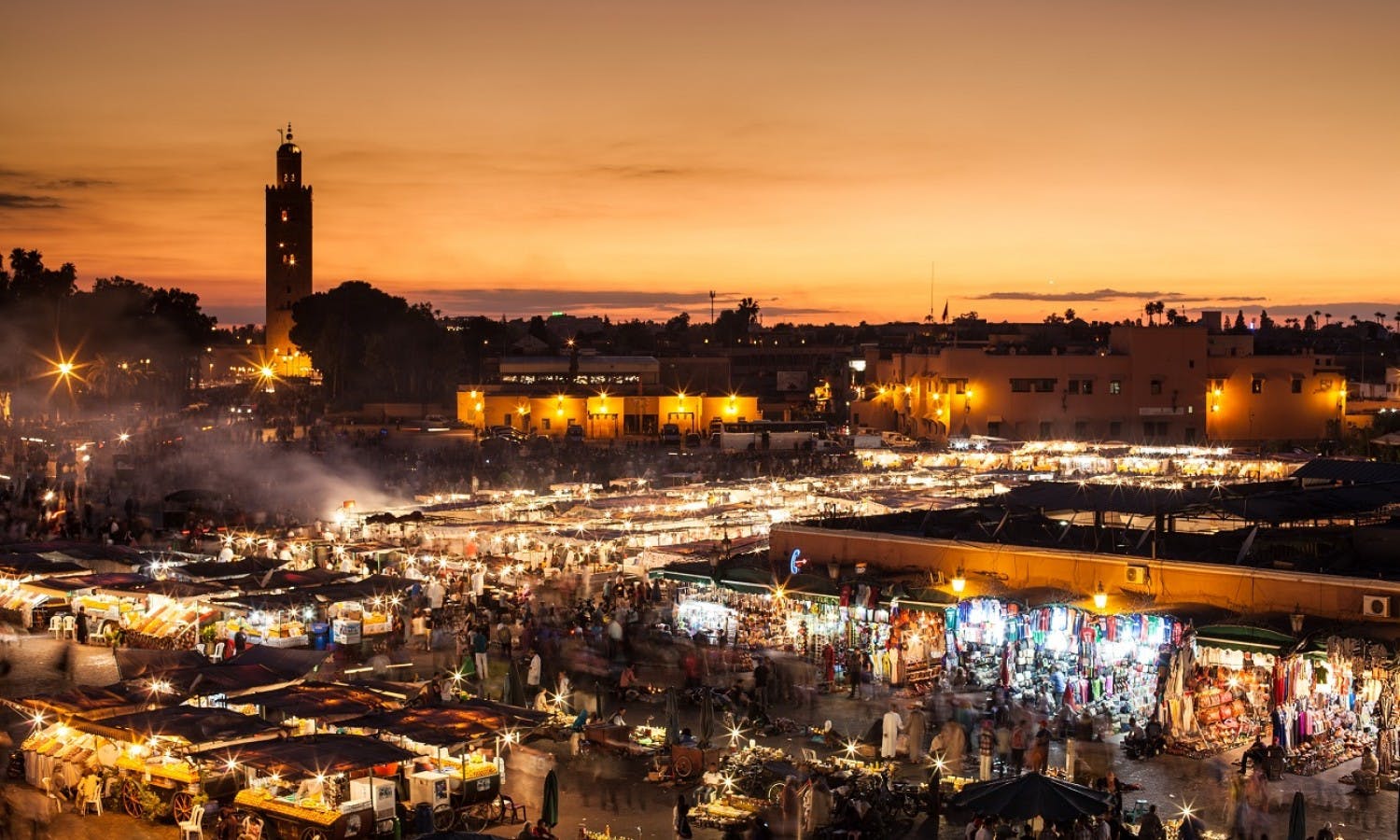 In the heart of the famous Djemaa El Fna Square, the Palais Arabe helps you experience the glory of Morocco’s past. Let it woo you with its legendary hospitality. The former home of a noble Moroccan family, Palais Arabe has been renovated by great masters using a variety of materials such as tadelakt, zelliges of Fez, carved wood and more. Experience a fascinating world in a palace full of magic.
Enjoy an evening of wonderful entertainment as you enjoy the very best of Moroccan cuisine during this cultural and culinary journey. Entertainment includes a traditional Andalous orchestra and belly dancing. For dinner enjoy Moroccan salads, tajine and Moroccan tea.

Dinner in Marrakech: an evening at the Palais Arabe restaurant boeken? 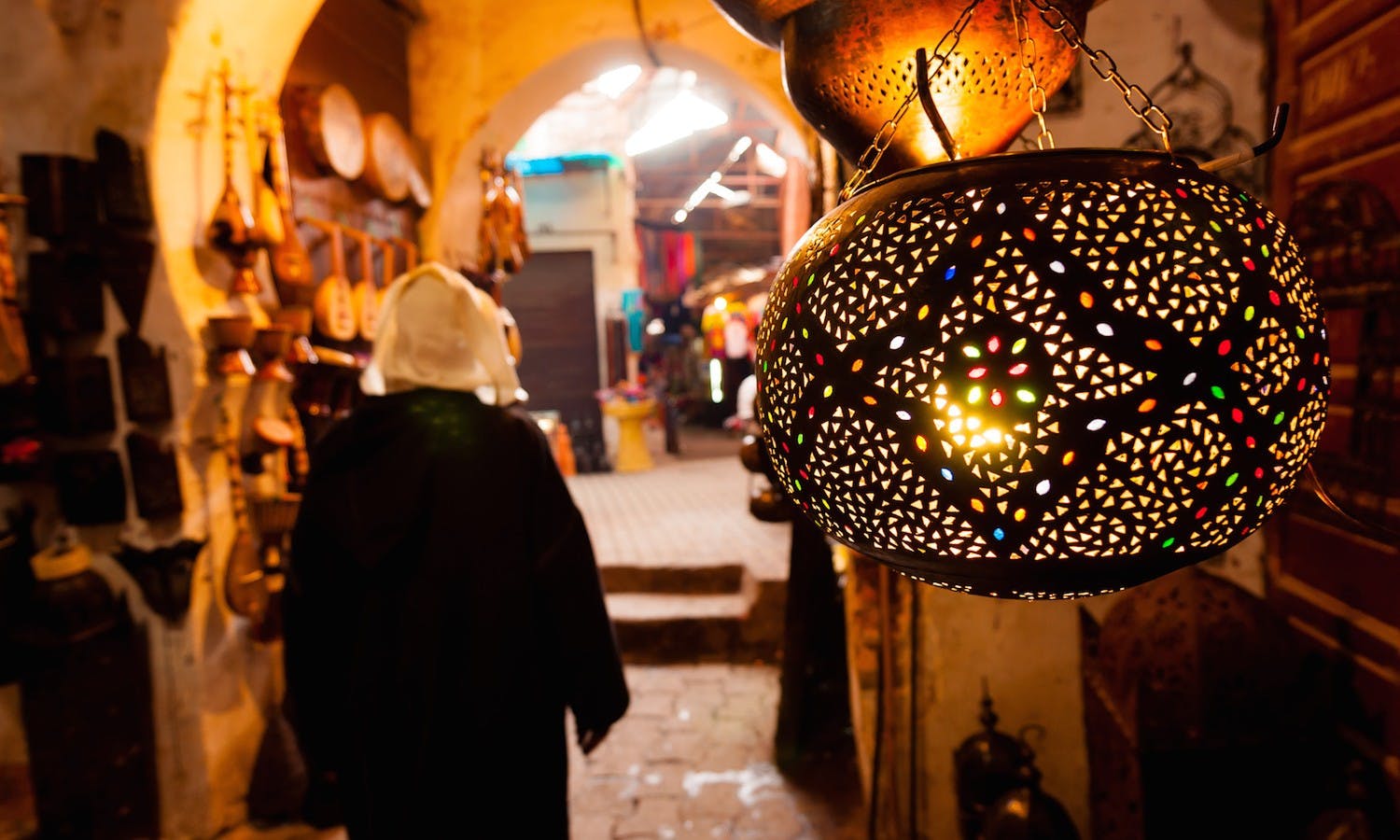 Marrakesh is a buzzing city and it can quickly get very complicated to find its way in the maze of narrow streets, and in the world of the souks. This guided tour with a private guide is perfect to make the most of the city in a few hours.You will see:
– a variety of quarters established by craftsmen, according to a structured system of corporation
– souks of basketwork, dried fruit, spices, clothes, wool, skins, Berber carpet, leatherwork, ironwork, jewelry and more!
– the Rue du Souk Smarine which leads into the Place rahba Kedima, where a slave market was once held
– apothecary shops here and there
– Djemaa El Fna Square, this traditional meeting place where peasants and merchants met to trade
– fruit and spice sellers, guerrab with their leather water bottles and metal drinking cups, basket sellers, ironmongers and barbers
– the Gnaoua dancers descended from former Guinean slaves, musicians, story tellers, snake charmers and entertainers with performing monkeys
– … and mot!
PS: there will be lots of time for bargaining!

Guided visit of souks and medina in Marrakech boeken? 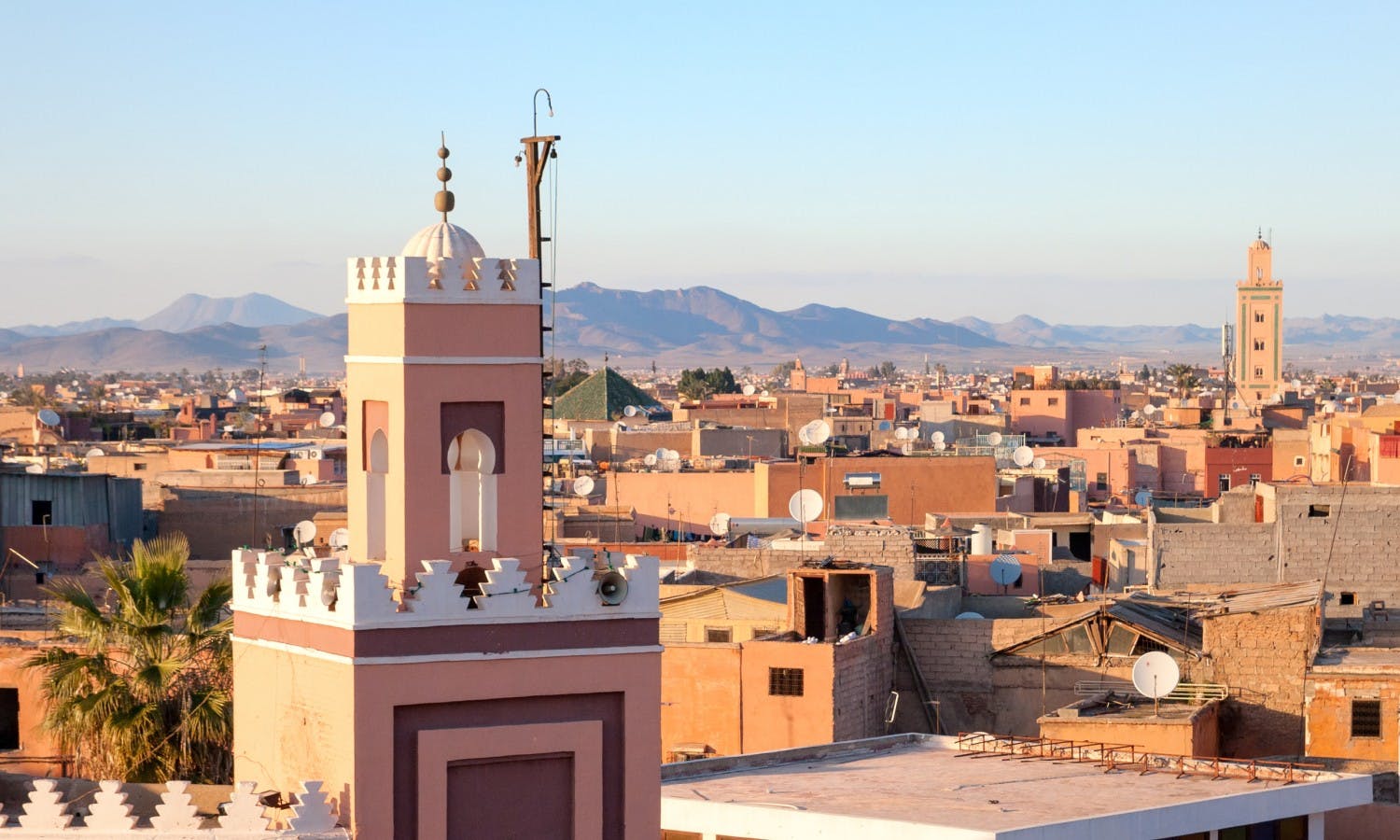 Marrakech is one of the most famous cities in Morocco and it is a real maze of narrow streets and souks. If you don’t want to get lost and learn as much as you can in one day, follow your friendly tour guide and enjoy some typical Moroccan food for lunch, all included in the price. You will see:
– one of the most impressive sights in Marrakech, the Koutoubia which is one of the largest, most beautiful mosques in the western Muslim world
– Ben Youssef Medersa, one of Marrakech’s most beautiful buildings from the 14th century
– a typical architecture influenced by the Spanish such as a combination of stucco, mosaic, marble and cedar wood
– Dar Si Saïd Museum, a 19th century Alaouite-style palace which is now home to the Marrakech Museum of Moroccan Arts
– El Bahia Palace, which was built in the late 19th century in a two acre garden
– the Saâdian tombs with their delicate decorations and pure architectural lines are considered by many to be a beautiful feat of architecture
– Djemaa El Fna, this traditional meeting place for peasants and merchants from the Sous region
– the Rue du Souk Smarine which leads into the Place rahba Kedima, where a slave market was once held
– an intricate maze of the narrow streets in the world of the souks of basketwork, dried fruit, spices, clothes, wool, skins, Berber carpet, leatherwork, ironwork, jewelry
– … and more! 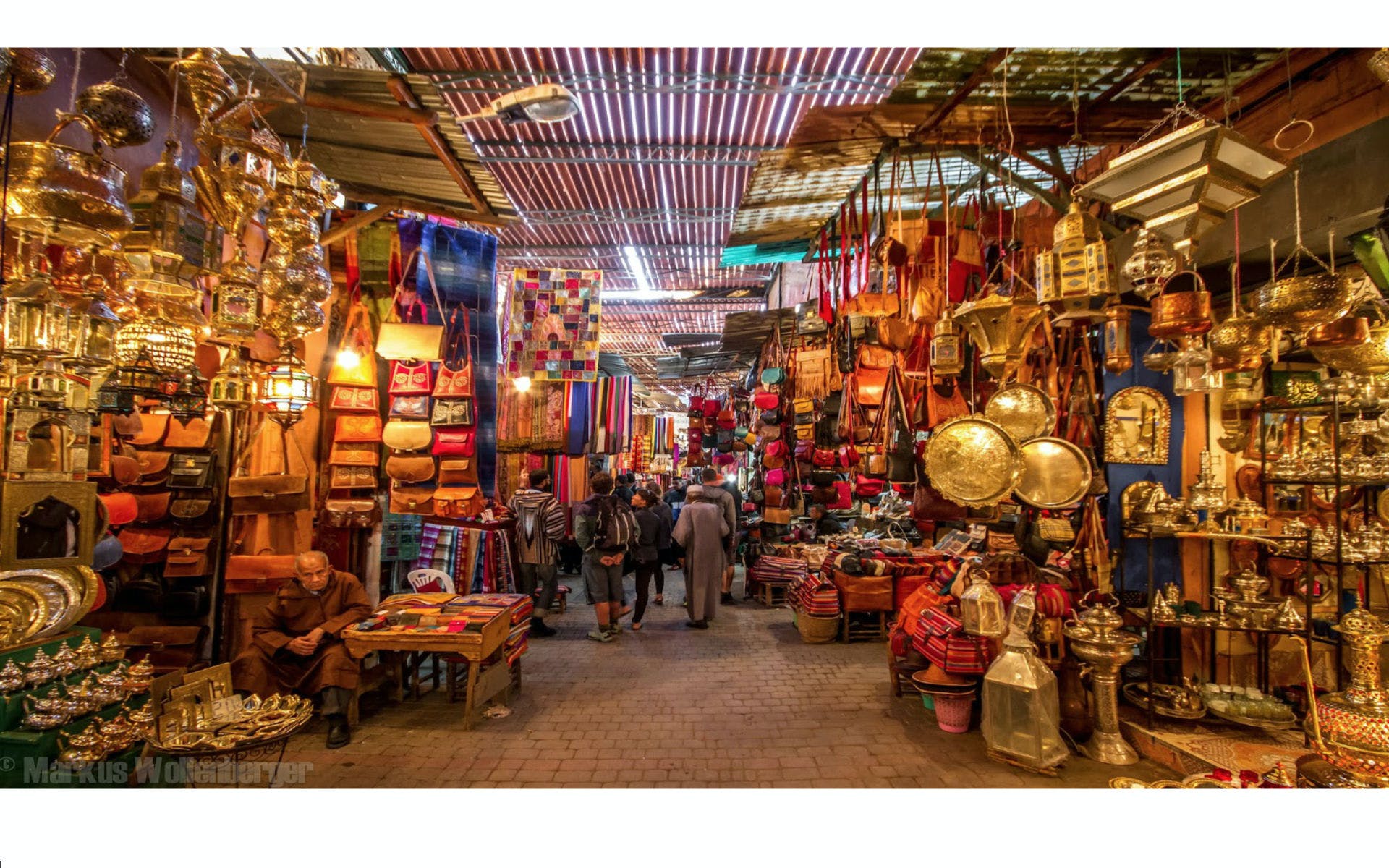 Take part to this full-day tour and experience the historical, natural and culinary highlights of Marrakech with lunch included. Known as the red city, Marrakech is located at the foot of the Atlas mountains and it is the ideal starting point for discovering Morocco.Start at the beautiful Majorelle Garden and admire the vibrant cobalt-blue architecture set against the lush green vegetation. You will be enchanted while seeing refreshing, burbling streams and pools filled with water lilies and lotus flowers.The next visit is the peaceful Koutoubia Gardens where you will stroll to the towering minaret of the mosque. Admire the grand residence of Dar El Bacha Palace on your way to the narrow streets of the Medina. Discover myriad treasures on the maze of streets, where vendors offer freshly-cooked street food and craftsmen produce goods to be sold at the souks.It’s time for the lunch break and the occasion for you to taste an authentic Moroccan tagine, cooked slowly in a specially-shaped vessel to create mouthwatering aromas and distinctive flavors.After this complete dish, walk off the calories in the nearby neighborhoods on the way to the 19th-century Bahia Palace.Marvel at the grand courtyards and gardens before reaching to the bustling square of Jemaa el-Fna where you will conclude your Marrakech experience.