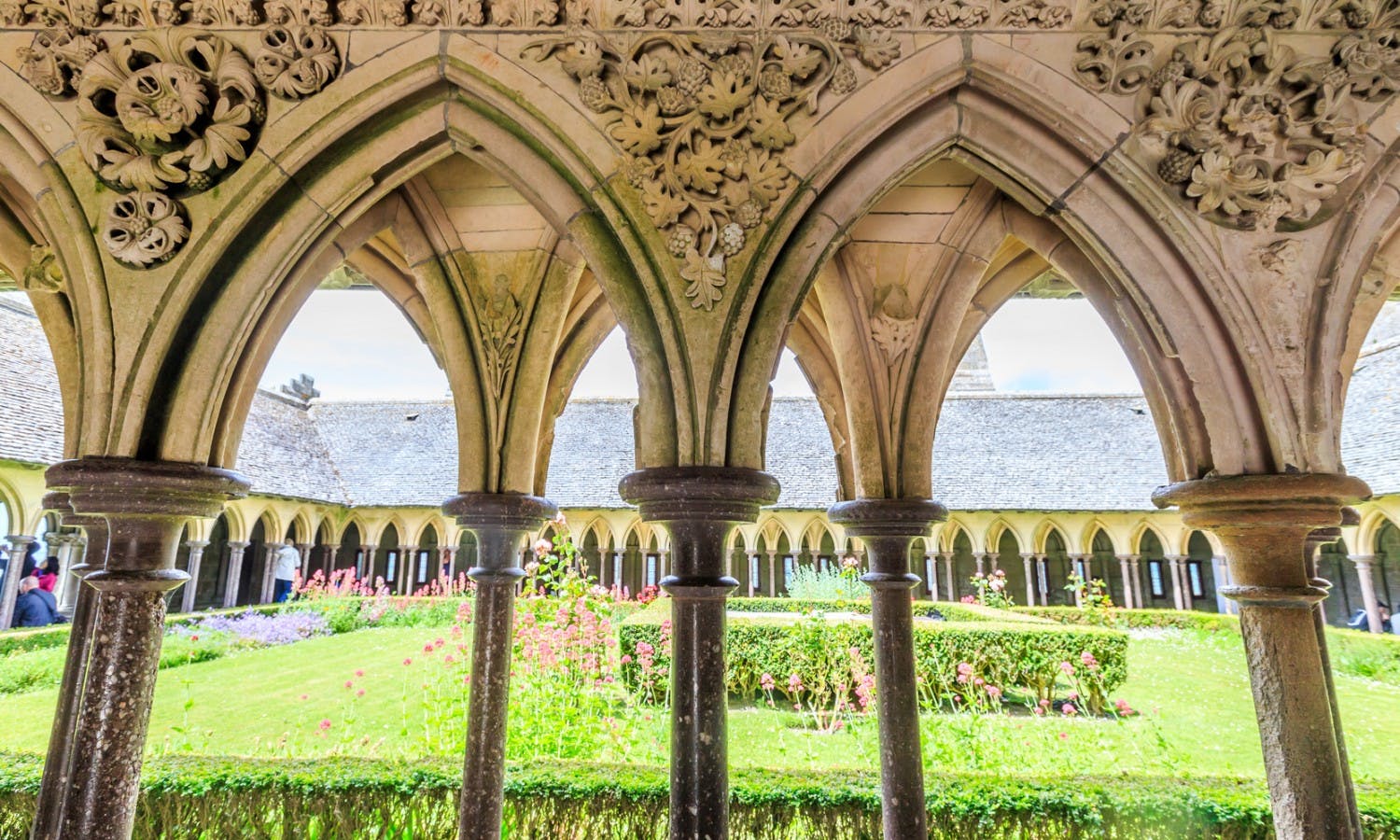 Considered the “Western Marvel”, the Mont Saint-Michel is nestled in the middle of an exceptional site, surrounded by the moving sands and the tides that run in at the speed of a galloping horse. The medieval village built upon the island is crowned by a beautiful fortified Abbey dedicated to Saint Michael the Archangel. The whole site is classified by UNESCO as a world heritage site and it hasn’t changed much since the Middle Ages.Benedictine monks started building an Abbey here in the 10th century. The heroic resistance of the Mount to English attacks during the Hundred Years’ War made it a symbol of French national identity. Monks left the Abbey in 1790, and it was listed as a historic monument in 1874. The whole site has been returned to its former glory thanks to on-going restoration work. You will discover the cloister, the gardens and a breathtaking view of the bay. Follow your private guide and listen what the old stones have to tell and if you have children your guide will find words to engage them. Mont Saint Michel probably dates back to the year 708, when legend has it that the Archangel Michael made an appearance and ordered a monastery to be built at the very top of this pointy island. For centuries to come, the island would be a strategic stronghold for the Bretons and French, not even conquered by the English during the Hundred Years’ War. Mont Saint-Michel was built in a strong rock that measures 84 meters tall. It is pure granite and so hard that it has resisted the passage of time. Its construction has changed many times through the centuries. From the Middle Ages until the 19th century, religious and military architecture styles have combined to make it unique to such an extent that some even consider it the Eighth Wonder of the World.From the entrance of the medieval village you will walk up to the famous abbey. On the way, your guide will tell you some fascinating history and anecdotes. As you walk through those medieval streets, you will feel like you are traveling back in time.You will see dungeons that will give you a feeling of mystery, especially when you know that it was also used as a prison. Your tour will end with a fascinating visit of the Abbey. Certainly, Mont St Michel is one of the most interesting places someone can know and visit.This tour includes entry and visit to the abbey.