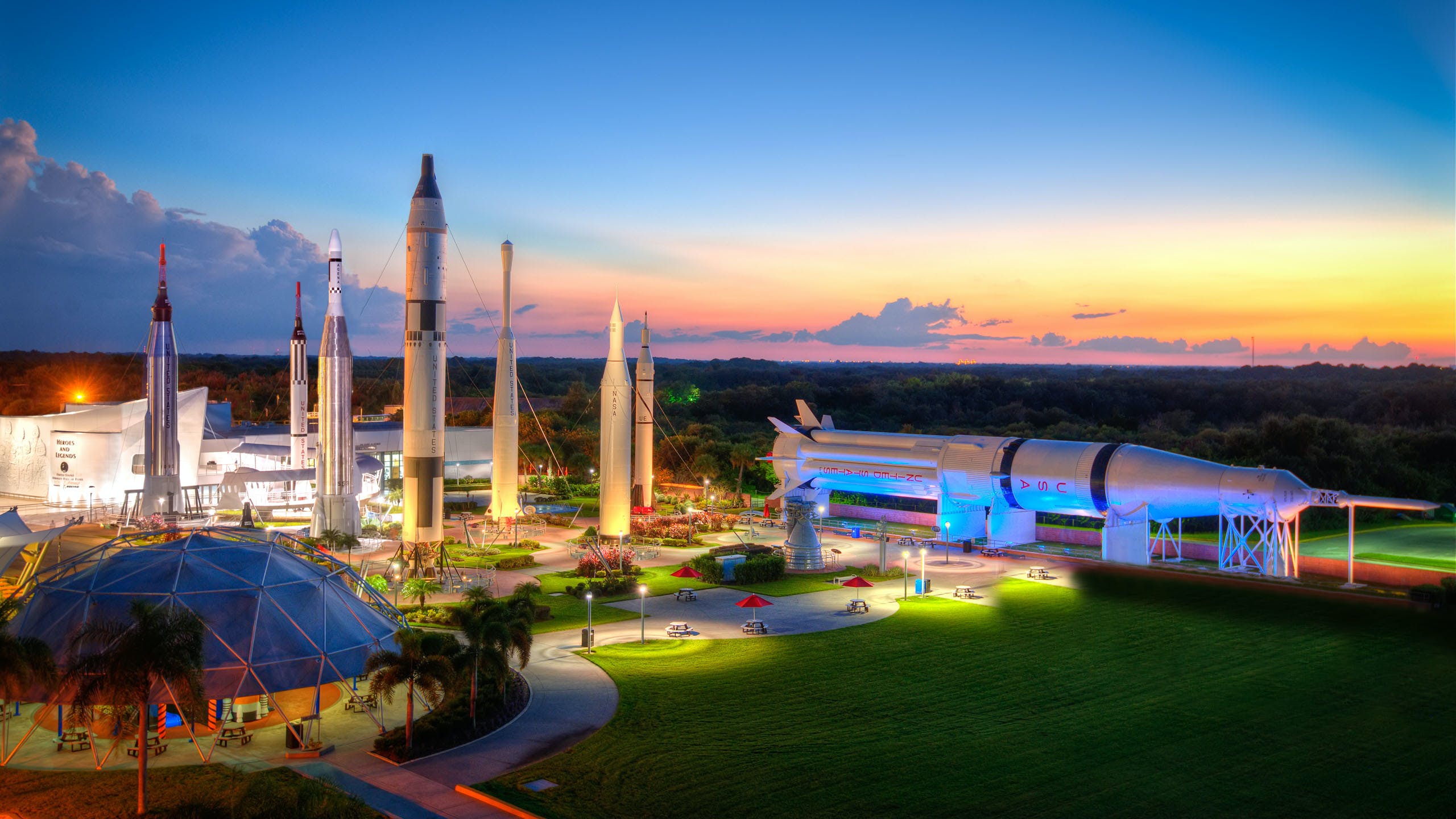 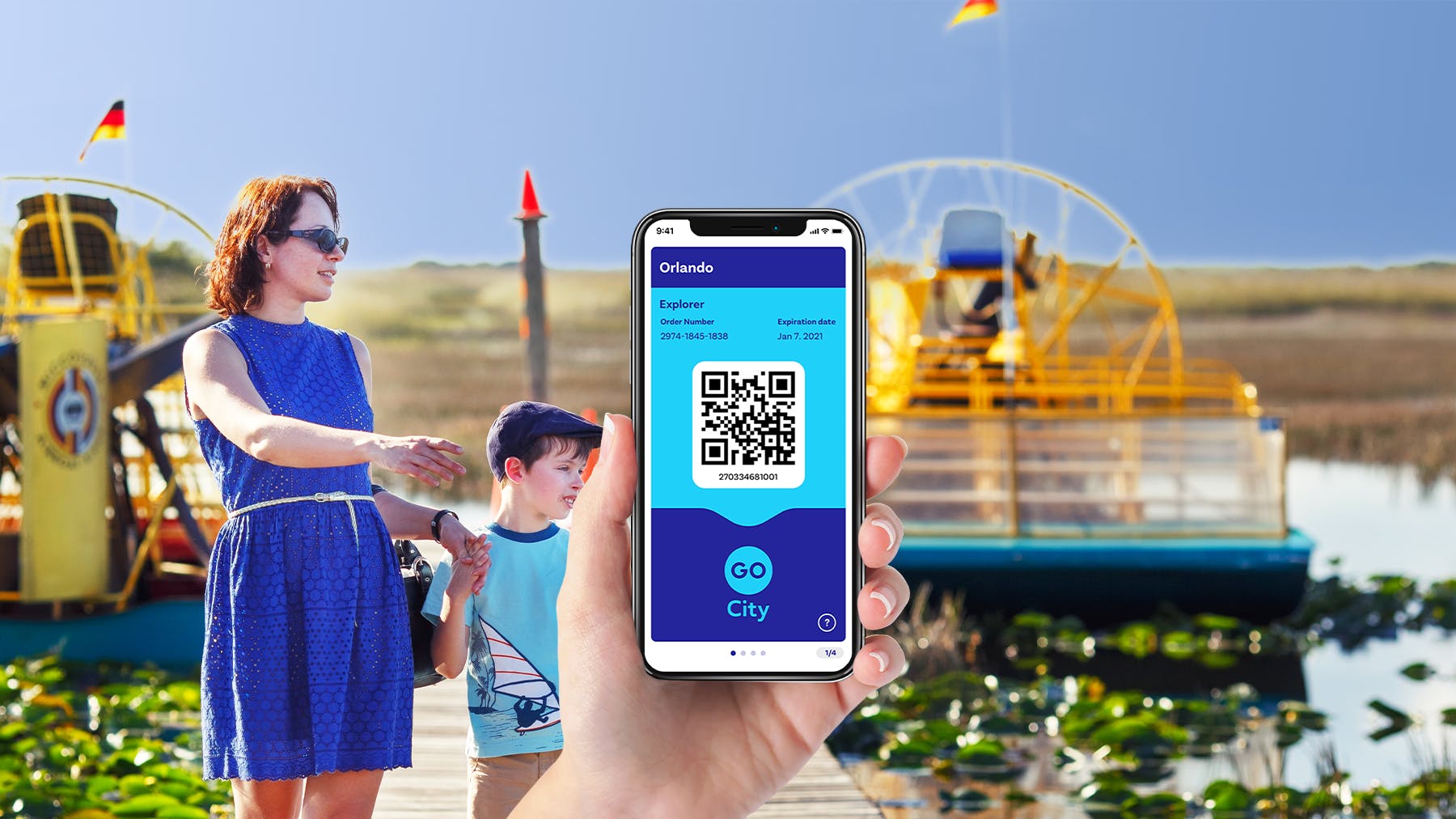 If you want to explore few attractions with the flexibility to choose from a diverse selection, the Go City’s Explorer Pass is the best choice for you. Save up to 35% compared to regular admission prices, choose 2, 3, 4 or 5 top Orlando attractions from a list of over 15 and explore for 60 days from your first visit!Every pass comes with a downloadable guide to help you choose the next place to visit. It’s simple and convenient: browse your guide for where to go next, show your pass from your mobile device and enjoy your time in Orlando! Want to take a spin on The Wheel at ICON Park or snap a selfie with famous celebrities at Madame Tussauds? Want to experience a real basketball game or marvel at magic tricks, improv and impression? There’s something for everyone! Your choice of 15+ attractions includes:
– Fun Spot America Theme Park – 4 Ride Sampler
– Gatorland – The Alligator Capital of the World
– Madame Tussauds Orlando
– Museum of Illusions General Admission
– Orlando Magic Ticket
– The Wheel at ICON Park
– WonderWorks All-Access Pass
– The Outta Control Magic Comedy Dinner Show
– SEA LIFE Aquarium Orlando
– Boggy Creek Airboat Tour
– Chocolate Kingdom Factory Adventure Tour
– CoCo Key Water Park
– Congo River Adventure Golf
– SkyCoaster at Fun Spot America
– Titanic – The Artifact Exhibition
– The Mall at Millenia & $25 Brio Tuscan Grille Credit
– The Mall at Millenia & $25 Cheesecake Factory Credit
– The Mall at Millenia & $25 P. F. Chang’s Credit
Check out the most up-to-date lineup here. Maximize every moment at the Kennedy Space Center with a full-on and in-depth exploration that touches on all the aspects of the space program. First, there is the chance to get up close and personal with exhibits like the essential Space Shuttle Atlantis, the Shuttle Launch Experience, Heroes & Legends center, extensive Rocket Garden, and IMAX Theater. Once you have soaked up NASA’s past, present, and future, head to lunch with a veteran astronaut, and a chance to hear first-hand about what it takes to be a member of the astronaut corps. You will have the opportunity to ask questions and have your photograph taken with him or her for a unique souvenir. Then it’s time to spread your wings a little and head out to see more of the full 144,000-acre extent of the KSC, which was founded in 1962 by President Kennedy and has been growing ever since. This unique behind-the-scenes bus tour provides rare close-up views of the signature sights such as the gigantic Vehicle Assembly Building, the historic launch sites, and other operational facilities. Concluding at the fascinating Apollo / Saturn V Center, home to a full-size Saturn V rocket, a moon-landing recreation, and a piece of moon-rock you can touch! Bass fishing can be done in a multitude of lakes and waterways and makes it available to all skill levels of fishermen. Whether a fisherman from a young age to an elderly fisherman there is never a day that fishing is not carried out by many people. Catch a bass fish worthy of being mounted on the wall. You’ll have one unforgettable day fishing on a private 65-acre man-made lake up to 40 feet deep in some areas. The great depth allows for optimal breeding grounds and crystal-clear waters.

Wonderworks is Orlando’s favorite indoor amusement park offering an experience that is not only fun but also educational! From a 5.3 simulated earthquake to hurricane force winds, more than 100 interactive exhibits that will sparkle your imagination. Throughout the visit, participants of all ages will be able to land the shuttle, lie on a bed of nails, make huge bubbles that cover your body, design and ride their own roller coaster, play virtual sports and much more!
Get away from the rain or the heat: enjoy a 4D extreme motion ride and climb a 3 story indoor ropes challenge course! Before you leave, don’t forget to strap on your vest and get ready for the best laser tag Orlando has to offer! 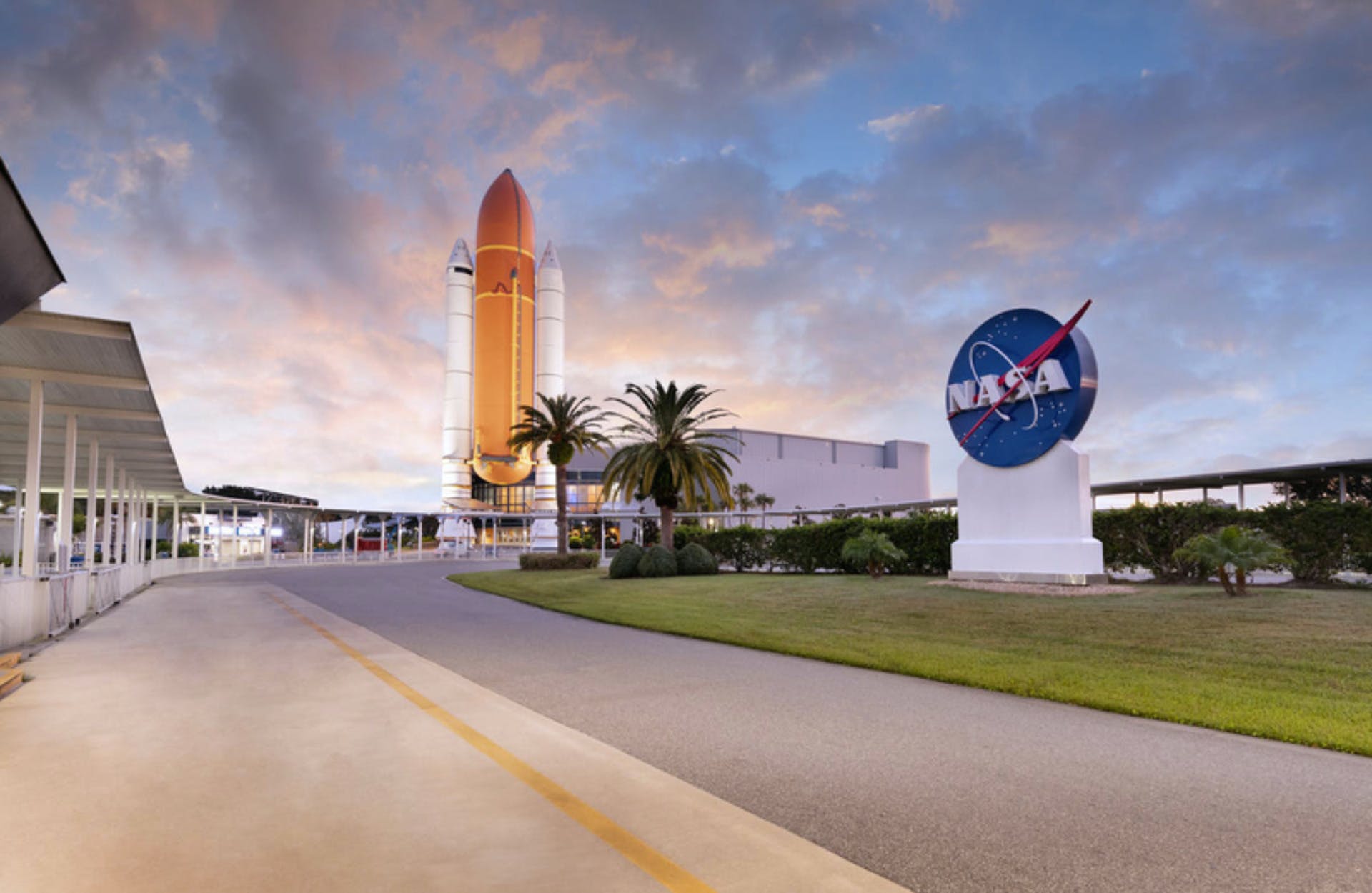 Combining the high-tech world of the KSC with the rural nature and an airboat ride, all in one tour! It all starts with a gentle drive out to Brevard County where the first part of your adventure awaits on the St. Johns River. Here, on the longest river in Florida, your airboat captain will showcase the natural splendors of Central Florida with an unforgettable ride on one of these unique, flat-bottomed craft that is powered by a giant propeller. Skimming along the river and its surrounding wetlands at up to 45mph, you will catch glimpses of alligators, turtles, and other wildlife that make the river their home, including the state’s abundance of birdlife, from egrets and herons to eagles and ospreys. After your nature experience, it’s time to head to the home of One Small Step For Man and complete immersion in the world of NASA and its astronauts. You will have the rest of the day to explore the Visitor Center and soak up the vast array of exhibits and presentations that provide the full lowdown on the past, present, and future of the space program as it gears up for a return to the moon , and on to Mars. 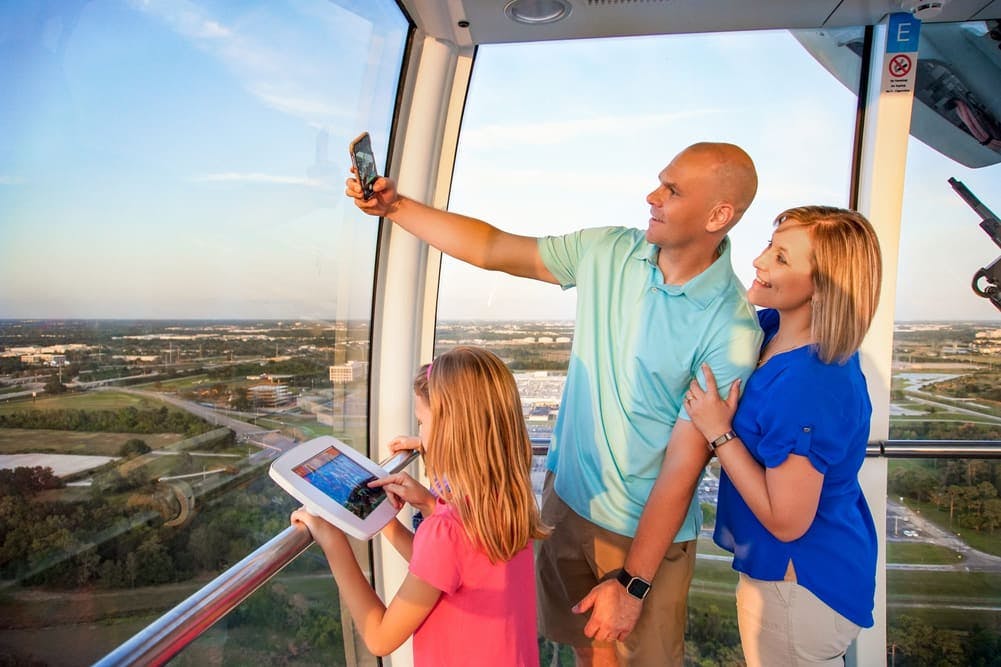 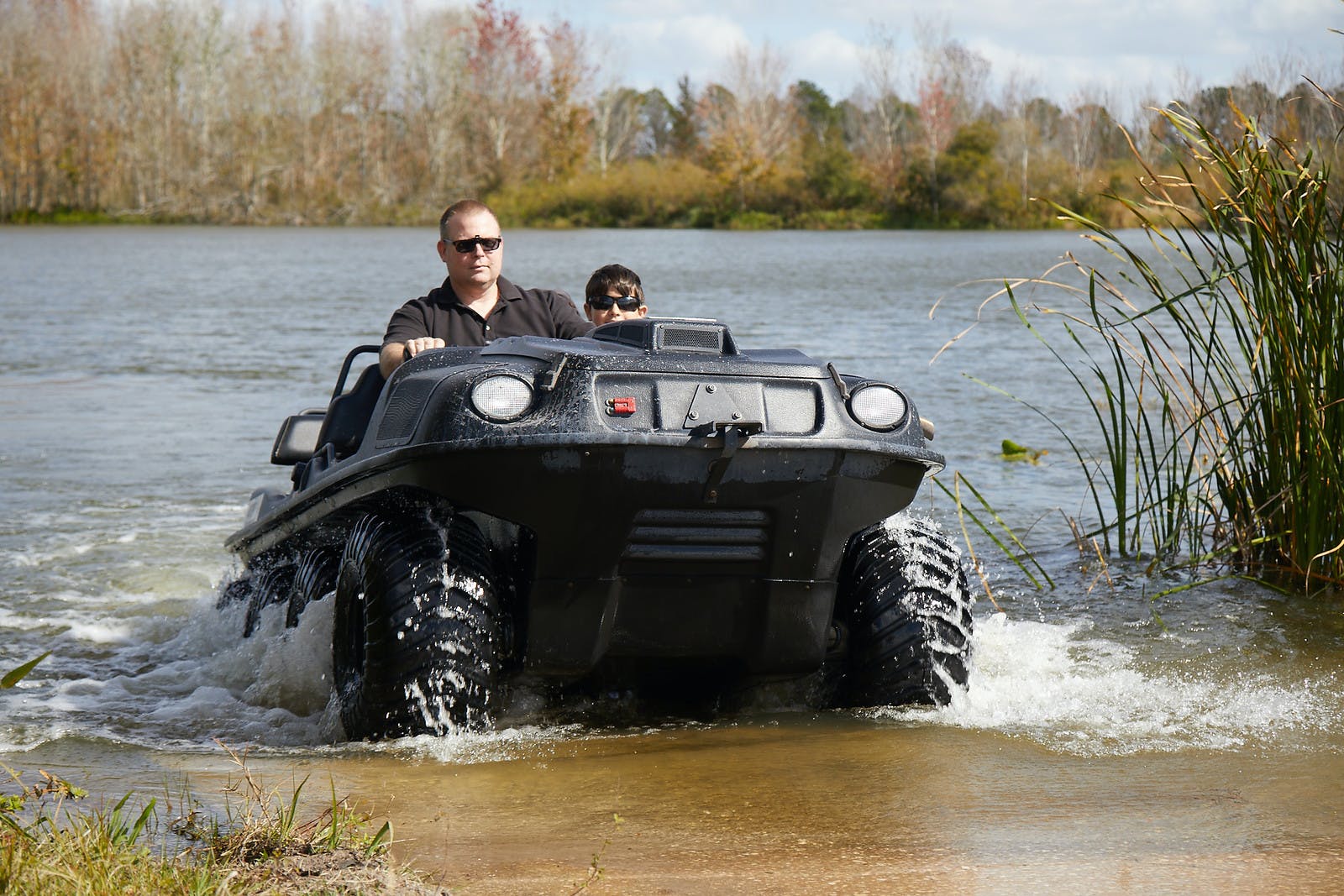 On this tour, you will find a unique opportunity to self-drive an 8-wheel vehicle called a “Mucky Duck”. These vehicles are commonly used on the sand dunes of New Zealand due to its versatility as an amphibious vehicle that can tackle all types of terrains. Driving your Mucky Duck will allow you to see some great views of the Floridian Countryside from the land and from the lake, even catching sights of some native wildlife! The Mucky Duck will never let you down as it is an all season, all weather vehicle and always operational. Come celebrate endless holiday joy with Mickey and the gang on select nights from November 8 to December 21, during Disney Very Merriest After Hours at Magic Kingdom Park!Enter the park as early as 7:00 pm on the valid date of your ticket and enjoy your park favorites before the event begins. Not only will you enjoy shorter wait times on over 20 attractions-but also a sleigh full of special character sightings, magical “snowfalls” and complimentary treats. Get ready to marvel at Minnie’s Wonderful Christmastime Fireworks show. See Santa, Olaf and many other of your favorite Disney pals during the special holiday-themed parade Mickey’s Once Upon a Christmastime or join Club Tinsel dance party in Tomorrowland.Best of all, you picked the absolute perfect time to join us-during the Walt Disney World 50th anniversary celebration. Nothing could be more magical! ©Disney/Pixar. All Rights Reserved. 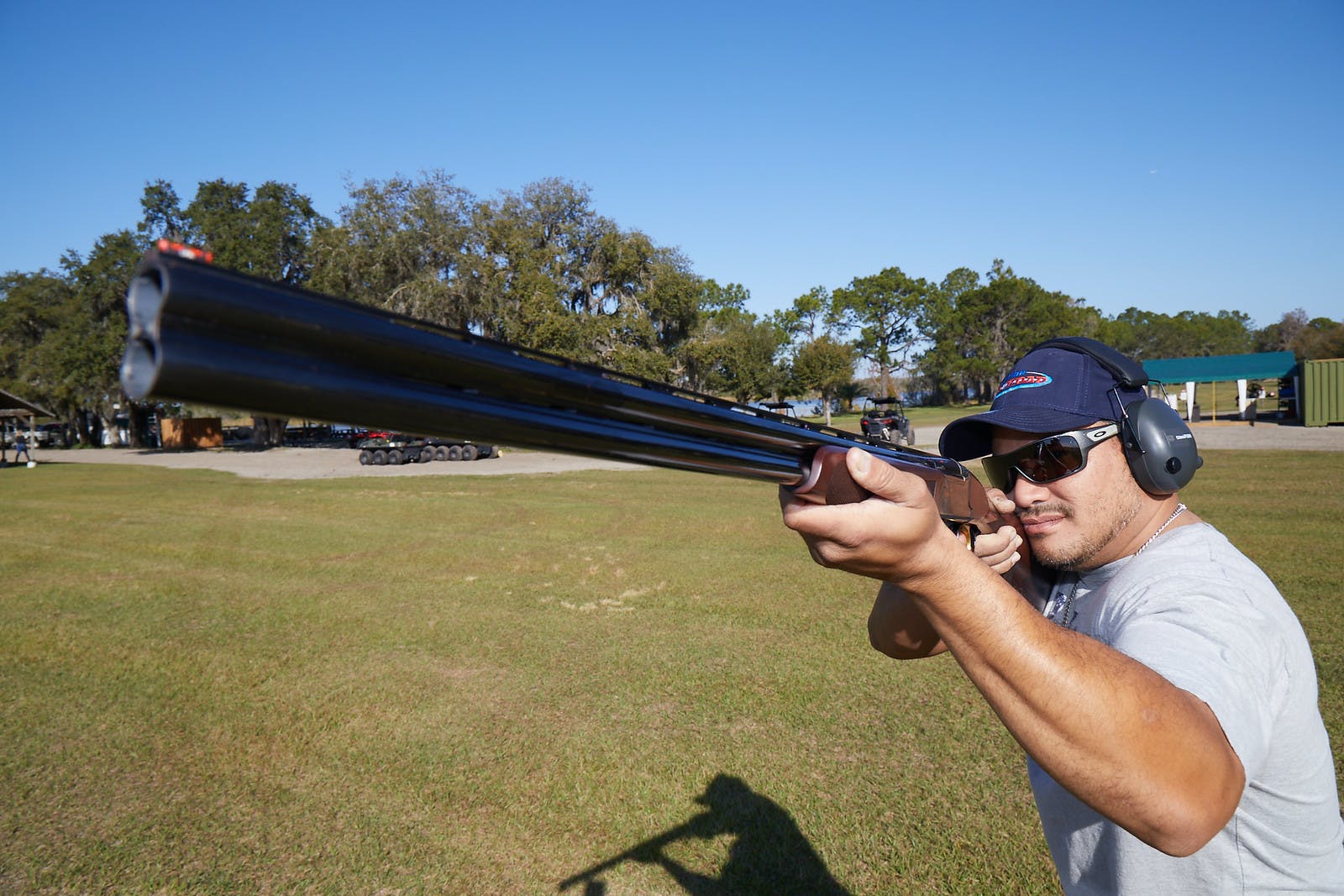 Hitting a target looks hard but practice makes perfect. On this clay shooting experience you’ll receive all the training and knowledge to hit those targets. Not sure what clay shooting is? Clay shooting is a fun and competitive activity using shotguns where you must break clay targets launched into the air from a fixed station from all angles. The firearm you’ll be using is a TriStar double-barreled over and under shotgun with a 26-inch barrel.