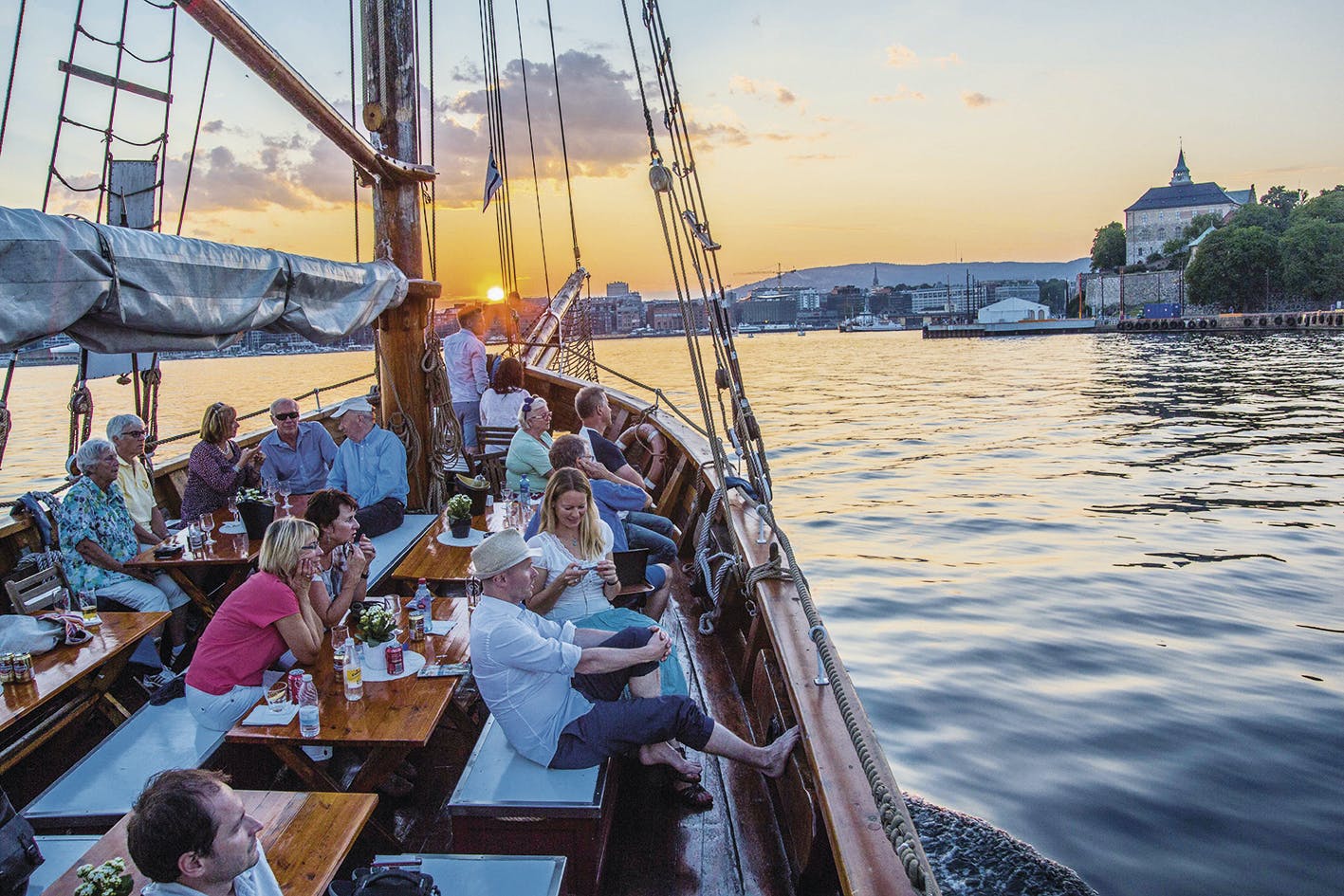 Get ready for a special Norwegian evening. Board the traditional wooden boat and sail into the fjord. Discover the beautiful scenery around Oslo and discover the many islands, bays and inlets. You will see the Hovedøya island, the Dyna Lighthouse and the peninsula of Bygdøy. This last area of Oslo holds the city beach as well as a variety of museums like the Maritime Museum and the Fram Museum. Look around for the veteran sailing ships that are moored outside and the Fram polar ship. While you are sailing around these special places you will enjoy a local Norwegian buffet of shrimps served ‘au naturel’ with some bread, butter and lemon. At the bar you can order a hot or cold drink to complete your meal.The buffet you will enjoy includes:
– Shrimps/prawns ‘au naturel’
– Bread
– Butter
– Lemon
– Mayonnaise 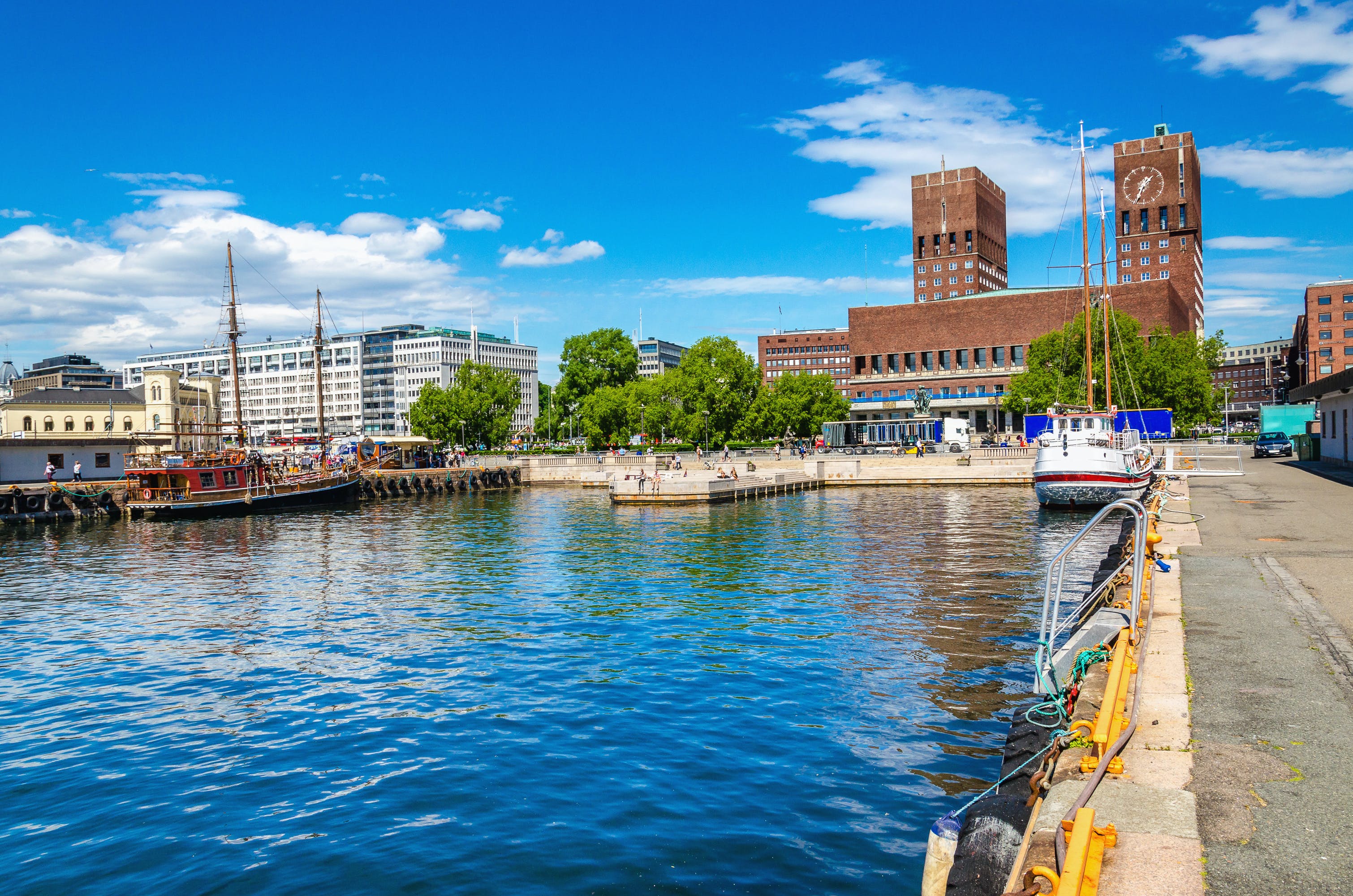 Board the traditional wooden sailing ship for a night filled with music. Sail into the fjord and discover the many islands, inlets and bays that it offers including the Hovedøya island and the Dyna Lighthouse. Sit back and listen to Dixie jazz while enjoying the beautiful nature of Norway.To complete the experience you can try some fresh shrimps from the buffet served fjord style. The all-you-can-eat buffet includes:
– Shrimps/prawns ‘au naturel’
– Bread
– Butter
– Lemon
– Mayonnaise

A visit to Oslo is not complete without an Oslo fjord sightseeing tour. Board the ship and pass through narrow sounds, idyllic bays and a maze of islands with traditional small summer houses. The city has a special location which allows you to observe the fjords until almost in the city center. Enjoy the spectacular scenery and sail past the Hovedøya, the Dyna Lighthouse, see the narrow inlets and sheltered bays.Not only does the tour pass the beautiful nature that surrounds Oslo. You will also pass the famous Opera House. It is named Kirsten Flagstad’s place 1 after the opera’s first director Kirsten Flagstad. It was officially opened on 12 April 2008 and since then received many awards.Finally, the boat passes close to the peninsula of Bygdøy which holds a variety of museums and beaches. Look out for the veteran sailing ships from the Maritime Museum and the impressive polar ship of the Fram Museum. During the trip, you can either listen to an English audio guide or to your own English-speaking guide.