Potsdam, one of the most beautiful cities in Germany, is the capital city of the State of Brandenburg. Take a City Sightseeing bus tour and explore the city at your leisure, with the opportunity to hop on and off at conveniently located bus stops. With one line taking you all around the heart of the city, you’ll be able to explore all the fantastic attractions that Potsdam has to offer. The first bus stop will take you to Luisenplatz. Take in the views of the water feature and the spectacular cream-colored Brandenburg Gate, built in the 18th century. Do you have a passion for great movies? Hop off at the Film Museum at Bus Stop 4 to learn all about the history and culture of the German cinema. To really immerse yourself into the culture here in Potsdam, make sure you hop off at The Dutch Quarter at Bus Stop 5, where Potsdam meets the Holland atmosphere.
At Bus Stop 8, you’ll find the Marmorpalais, also known as the Marble Palace, located right on the magnificent New Gardens and the Holy Lake. If you want to learn about Russian influence, take a trip to Alexandrowka, the Russian colony of the city where you’ll see the Russian-style architecture and be able to visit the Museum close by. Bus stops:
– ab Luisenplatz
– Hafen / Barberini
– Hauptbahnhof
– Filmmuseum
– Holländisches Viertel
– Theater / Fluxus
– Glienicker Brücke
– Marmorpalais
– Cecilienhof
– Alexandrowka
– Orangeriescholss (Sanssouci)
– Neues Palais
– Orangeriescholss (Sanssouci)
– Schloss Sanssouci
– Obelisk Sanssouci Explore Potsdam’s royal palaces and gardens in a private guided tour.Whether it is at the New Palace, Cecilienhof Country House, or Sansoucci’s Art Gallery, Potsdam is full of testimonies of Prussia’s splendor and glory. Visit the Sanssouci Palace, the magnificent and original favorite summer palace of Frederick the Great. During the tour of the Palace, you’ll learn interesting facts and countless anecdotes about the “Old Fitz” and its era of enlightened absolutism, in which Prussia rose to become a major European power.See the Alexandrowka colony, which is a unique example of 19th century Russian culture, and the Dutch Quarter in the remarkable old town of Potsdam. There are lots of castles in Potsdam; therefore your tour can be adapted optimally to your wishes as well as to seasonally fluctuating opening times and options.

Royal palaces and gardens in Potsdam private tour with pick up boeken? Take part in an exclusive tour for all the romantics of the world! Together with the professional local guide, you will visit the most romantic places in the city. Feel the colorful atmosphere of the city as you stroll around looking for the most romantic spot. You will feel spellbound in a charming atmosphere. Did you know that Sansusi palace is the biggest heritage object in the world? What is considered as one of the best places to have a date in the city? Where can you make lovely photos? You will be surprised how many historical love stories are hidden in the streets, buildings, parks of Potsdam. From heartbreaking and tragic, to the hilarious or spicy ones. Find out what is the most famous historical couple in Germany. This tour is especially recommended in the Saint Valentine period! 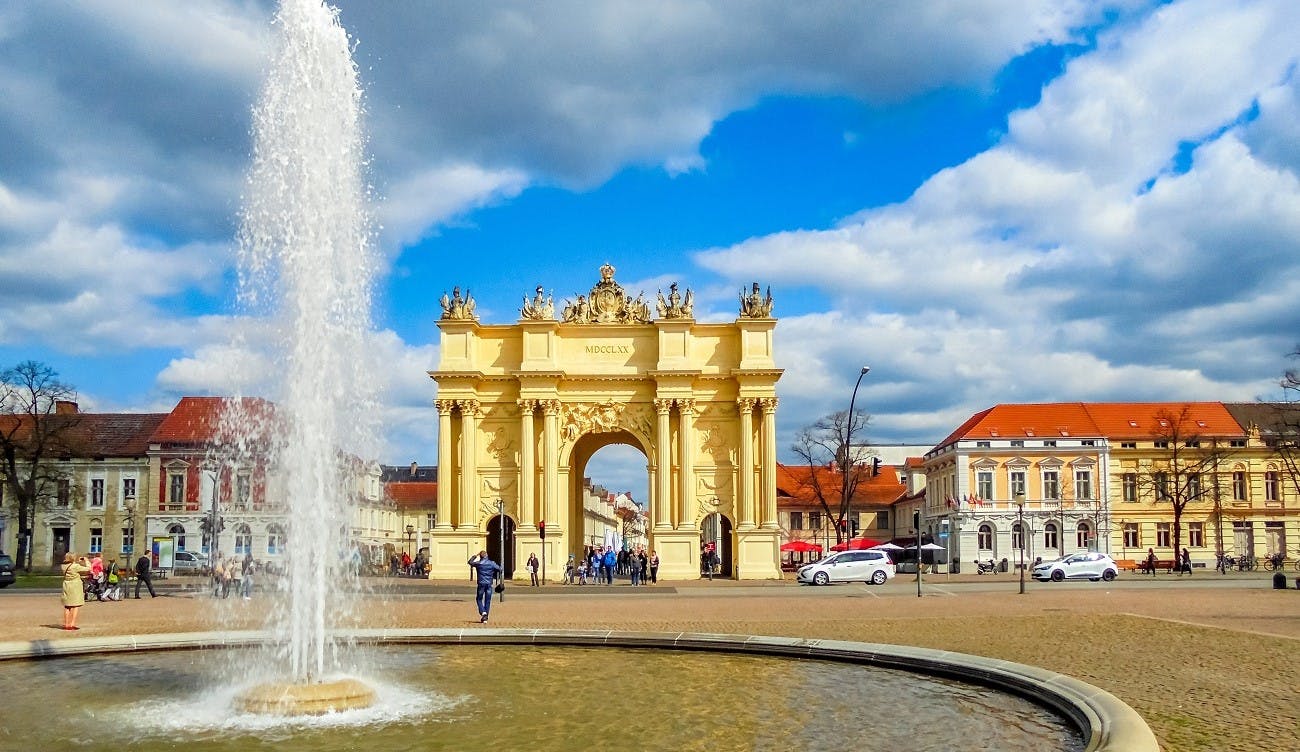 Potsdam’s baroque old town is becoming more and more attractive and lively and, together with its palaces and gardens, makes the city one of the most beautiful capitals in Germany. A lot of things that had decayed could be reconstructed, some things that were destroyed in the war, such as the city palace, were even rebuilt in their external form. Discover the new, old Potsdam on this guided walk.The tour begins at Potsdam Central Station (North exit), from where you can immediately see the brand new Brandenburg State Parliament, the former city palace. Over the Lange Brücke it goes over the Havel to the reconstruction of the old market with Schinkel’s Nikolaikirche, the state parliament, the old town hall, the obelisk and much more. The other stops on this city walk are:
– the new market and the again excavated city canal,
– the basin square, which has not had any water for much longer than the city canal,
– the Dutch Quarter, in which almost never Dutch people lived,
– and the Brandenburg Gate, which is older but far less famous than its Berlin counterpart.
Finally, it goes to Luisenplatz not far from the Park of Sanssouci, where the tour ends (and you can continue on your own if you want).