Visit the Archaeological Area of Paestum, a UNESCO World Heritage Site, with an expert guide! During your tour, you’ll discover three Doric temples, dedicated respectively to Hera and Athena. Learn more about the city’s Greek origin and about its conversion into a Roman colony while walking through the ruins. Get the most striking view of the three majestic buildings set in the middle of a green plain and find out how this unique place worked as a source of inspiration for writers, poets and artists including Goethe, Shelley, Canova and Piranesi. Then, visit the Archaeological Museum, containing objects of mainly ancient Greek and Lucanian manufacture, found in the various necropolises of the surrounding area. The highlight of the museum is the paintings found in the so-called tomb of the diver, the only remaining example of Greek painting of Magna Graecia. In this magnificent painting, a man is shown as he hurls into the waves, representing the deceased abandoning the security of the earthly world to launch themselves into the unknown of the afterlife. 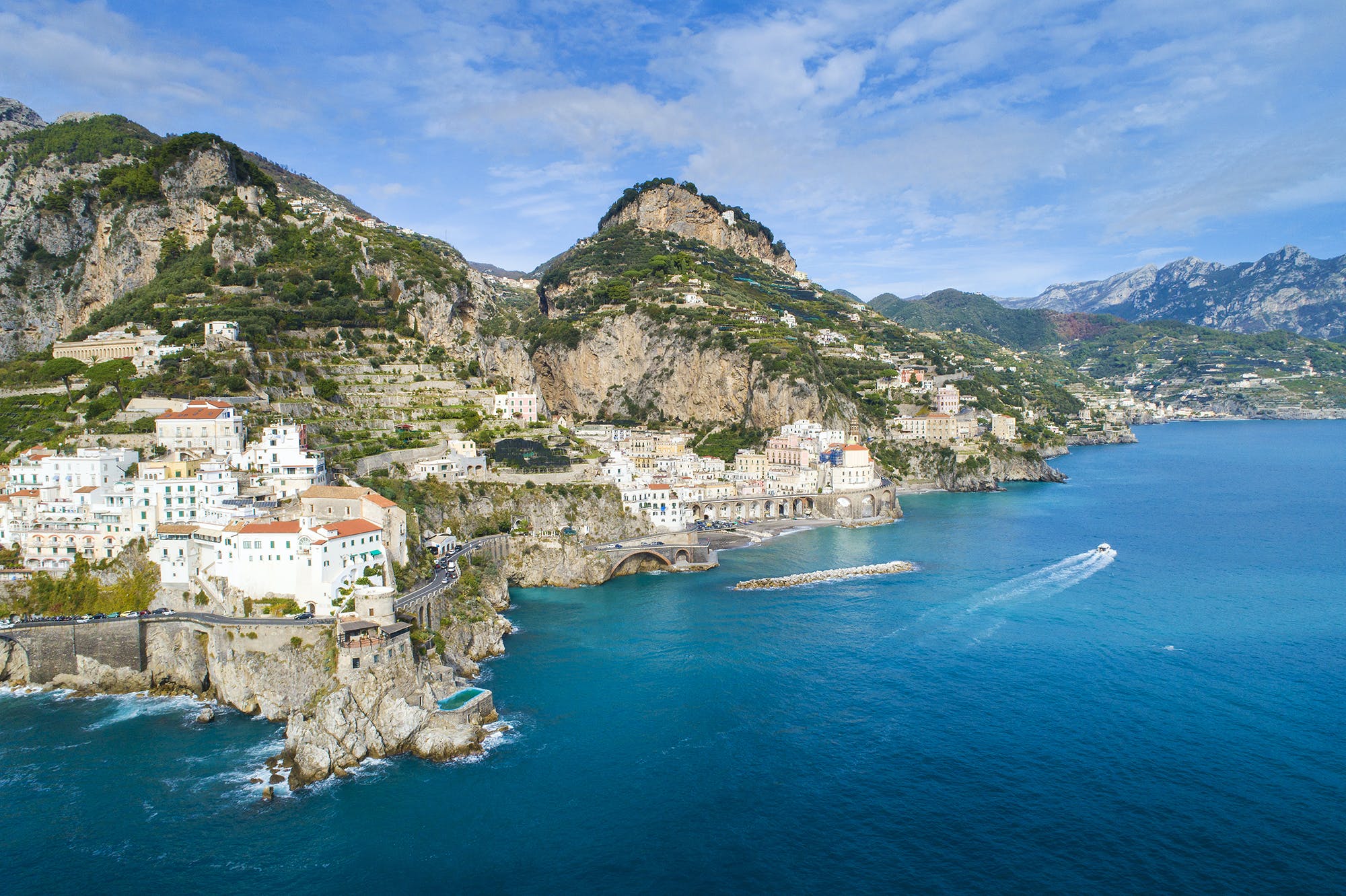 Set off on a beautiful adventure on a 6-hour private boat tour along the Amalfi coast! Sit back and relax as your local captain cruises along the rugged coastline past charming villages, crumbling watchtowers and stunning coves. The experience can be completely customized to include time onshore to explore villages, dive off the boat into the turquoise sea in the most beautiful spots or simply soak up the sun and unforgettable views.Cruise past picturesque villages like Vietri sul Mare and Cetara, stop to see grottoes only accessible from the sea, along with the villages of Maiori and Minori. Soon you’ll spot the tiny yet picture-perfect village of Atrani and just around the corner Amalfi. The namesake village of the coastline is a vibrant town full of history, interesting museums and old-world charm. Continue down the coast past Conca dei Marini, considered one of the most beautiful villages in Italy, and along the coastline to see Praiano and soon the famous ‘vertical city’ of Positano. Enjoy time onshore for shopping at Positano’s iconic boutiques if you wish.