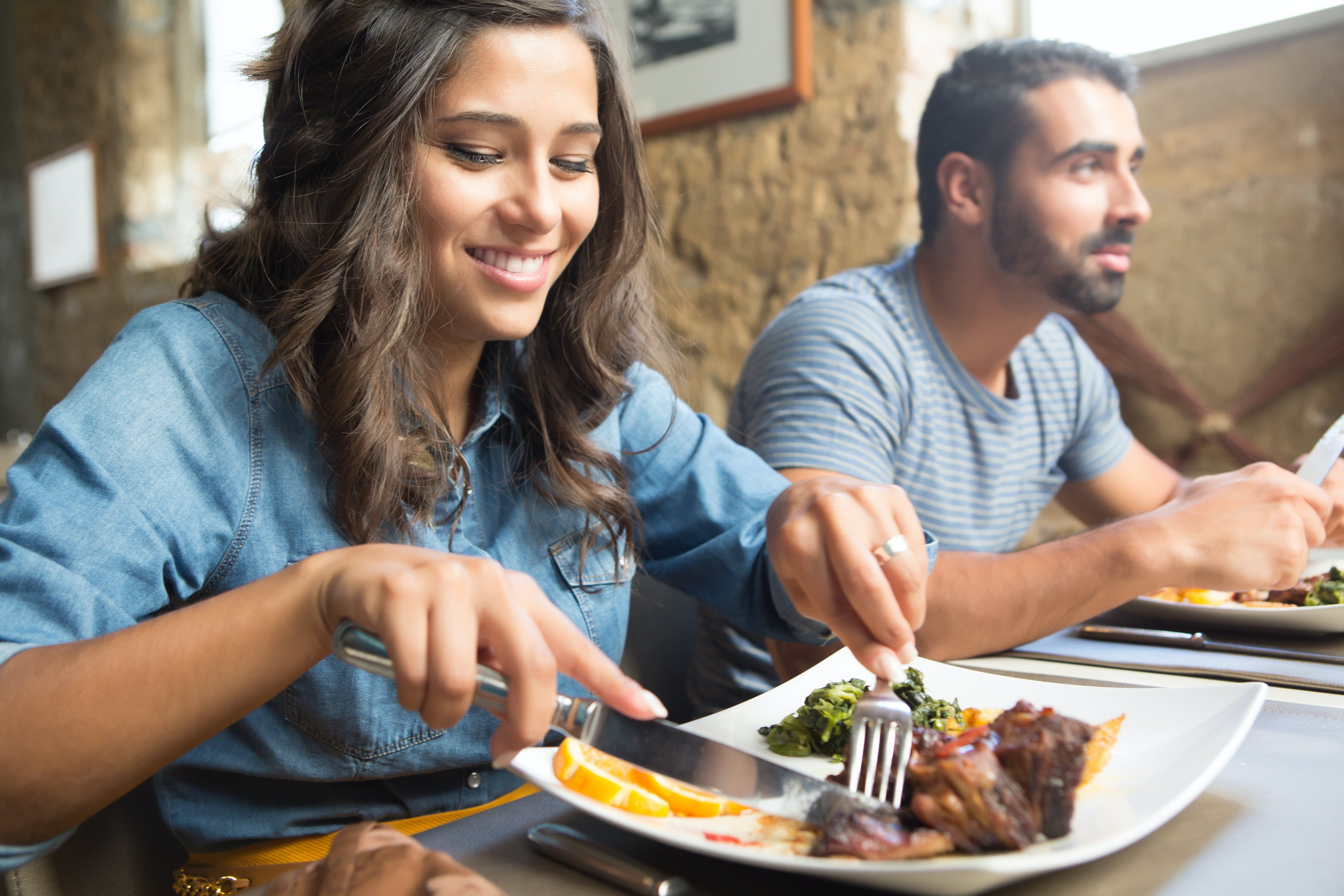 The culture of eating has strong roots among Polish people and your professional guide will show you the best dishes from Polish cuisine in two or three carefully chosen local venues. At these places, you will have the special occasion to try and compare a rich range of traditional dishes.
Choose a 2.5-hour option to try a basic set of food in 2 places includes different kinds of dumplings, Polish meats and other specialists, also one soft drink and cake and coffee/tea (except soup and beer). Don’t miss the best sights like Market Square or Copper Dwarves during your walking tour between meals.
Experience a 3.5-hour food and sightseeing tour in Wroclaw Old Town and taste even more traditional Polish food at 3 venues. Try various kinds of dumplings, different kinds of Polish meats and other specialties including a soup served with one soft drink or beer as well as cake and coffee/tea.During the tasting your guide will tell you about some Polish traditions and customs and what meals are related to which occasion. Discover the highlights of Wroclaw’s Old Town with a knowledgeable private guide on a walking tour of the historic city center. Wroclaw is considered the most beautiful city in Poland and moreover has an interesting history.Explore the medieval Market Square and stroll down streets to admire colorful narrow buildings, tenement houses and Gothic façade of the 13th-century Town Hall. Follow the guide to see the unique District of Four Denominations and reach the main building of Wroclaw University with its grand Aula Leopoldina (Ceremonial Hall). Keep a lookout for the famous copper dwarves that were placed around the city as part of the anti-Communist Orange Alternative movement. Take the challenge and find them all!To see even more choose the 3-hours tour option and admire extraordinary buildings hidden in Slowacki’s Park like the Panorama Raclawicka, National Museum or Museum of Architecture. Continue to the Bastion Ceglarski, the old fortification right next to the river. 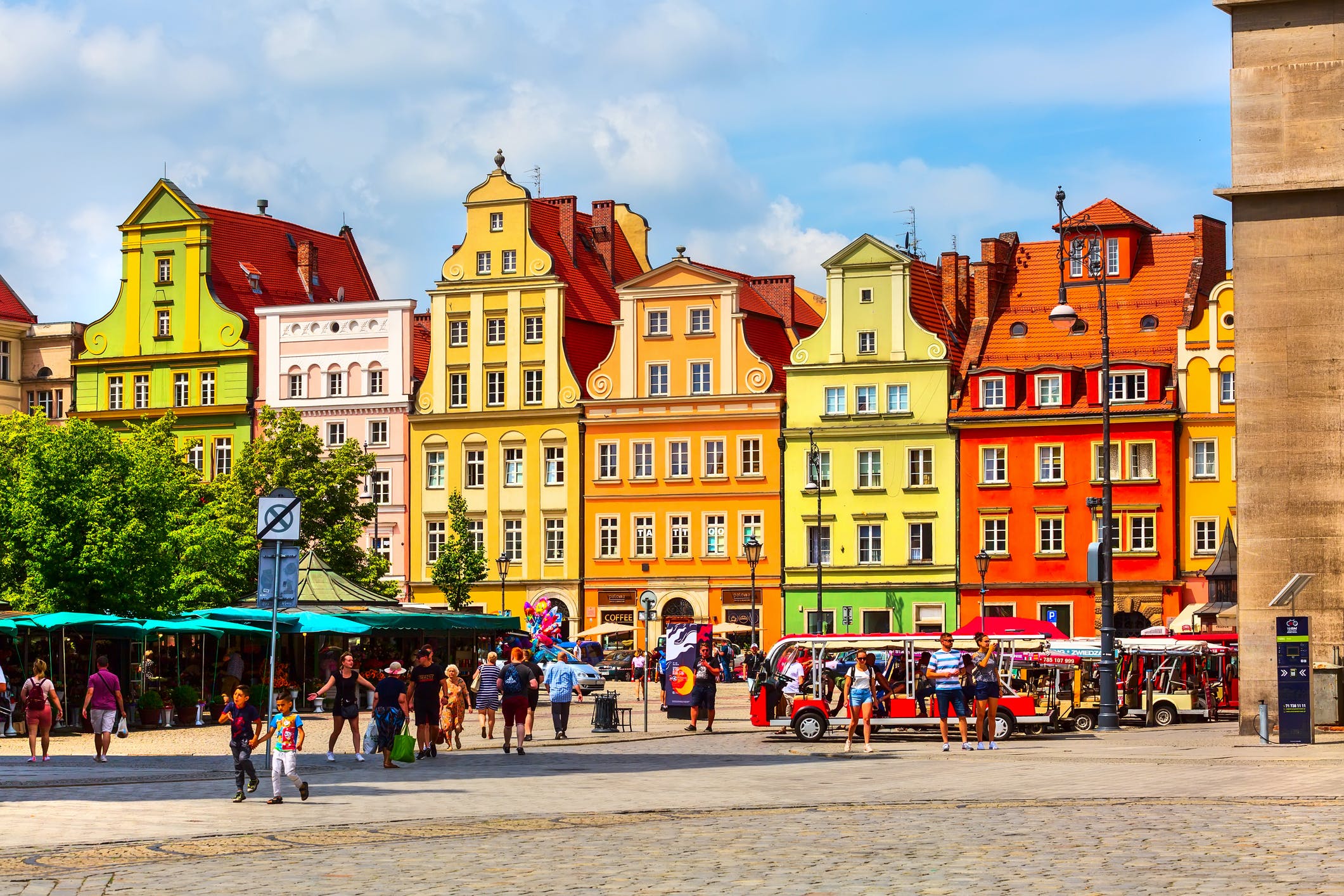 Explore the Old Town of Wroclaw on this guided tour. It starts at the Market Square Rynek, where you will be amazed by the unique beauty of the late gothic City Hall. Discover the charm of Salt Square, today a lovely flower market. While strolling through the medieval streets, you will come across the University campus, where the main building is a striking example of beautiful baroque architecture.After a short break in a local Market Hall, where you will have some time to admire the colorful stands offering fresh fruits and vegetables, the tour concludes in the oldest part of Wroclaw, Ostrow Tumski. This location has a unique religious atmosphere since it is packed with churches, convents, and catholic institutions. Located here is the Cathedral of St. John the Baptist. You will find out about the beginnings of Christianity in Poland but also the history of its severe destruction during the Second World War.

This memorable tour lets you experience the Auschwitz-Birkenau Memorial at its fullest. This historic site is a worldwide symbol of the terror, genocide and the Holocaust-a site that was central to the extermination of 1.5 million: Jewish and Polish people and many others during World War II.You will travel to Oswiecim (Auschwitz in German). Auschwitz – Birkenau was the largest concentration and extermination camp established by the Nazis during World War II. This accurately preserved memorial consists of two parts of the former concentration camp: Auschwitz I and Auschwitz II-Birkenau. A guided visit of both sections makes it possible to understand this unique place in its entirety. You will get to experience life as a prisoner: the fortified walls, barbed wire, railway sidings, platforms, barracks, gallows, gas chambers, and crematoria. All this will help create a deeper understanding of the infamous project of the Holocaust, as well as the Nazi policy of mass murder and forced labor. 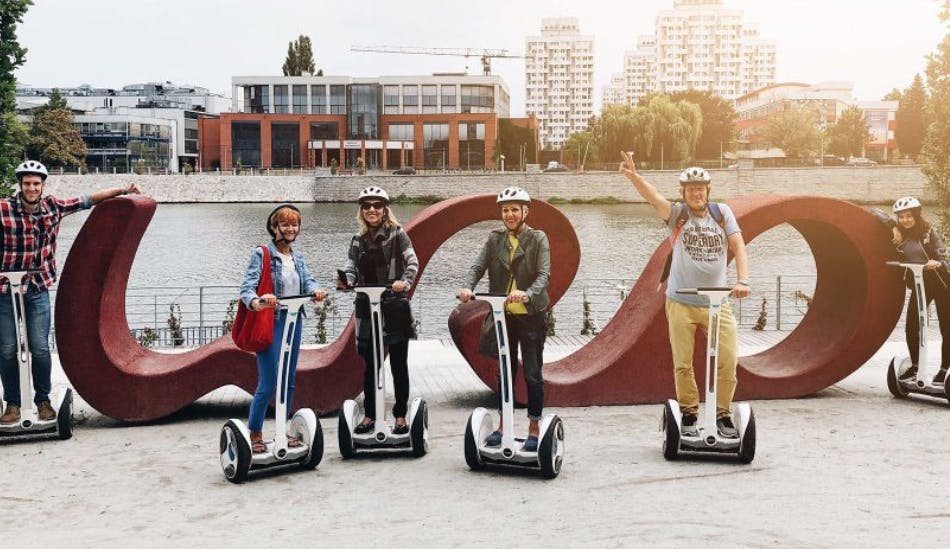 During your 2-hour trip, discover the most beautiful aspects of Wroclaw in a pleasant and satisfying way. Jump on the Segway and don’t miss anything from Wroclaw Old Town has to offer. While telling you many carefully selected trivia and pieces of information in a compelling way, your guide will take you into picturesque places such as Slodowa Island (Malt Island) and Piaskowa Island (Sand Island). Discover also Ostrow Tumski and an Archcatedral that’s located there (interested visitors might even go inside), or Ksawery Boulevard. Your route goes through the Lovers’ Bridge, an exceptionally romantic place, especially in the evening when it’s illuminated by the light of street lamps.Get to see the Racławice panorama, the partisan hill, and the National Forum of Music. At the end of your trip, visit the four denominations district and a Synagogue. And don’t forget about the dozens of dwarfs that you’ll encounter on the way. Explore the extraordinary rounded shaped Panorama Raclawicka and visit the National Museum with a private guide.During your 2-hours private tour of Panorama Raclawicka, see the unique painting featuring a special kind of perspective used to show the Battle of Raclawice. Accompanied by lights and sounds you will feel like you are on the battlefield.Following, enter the National Museum with art and sculptures, especially from Silesian and Polish artists and from more distant regions of the world as well. 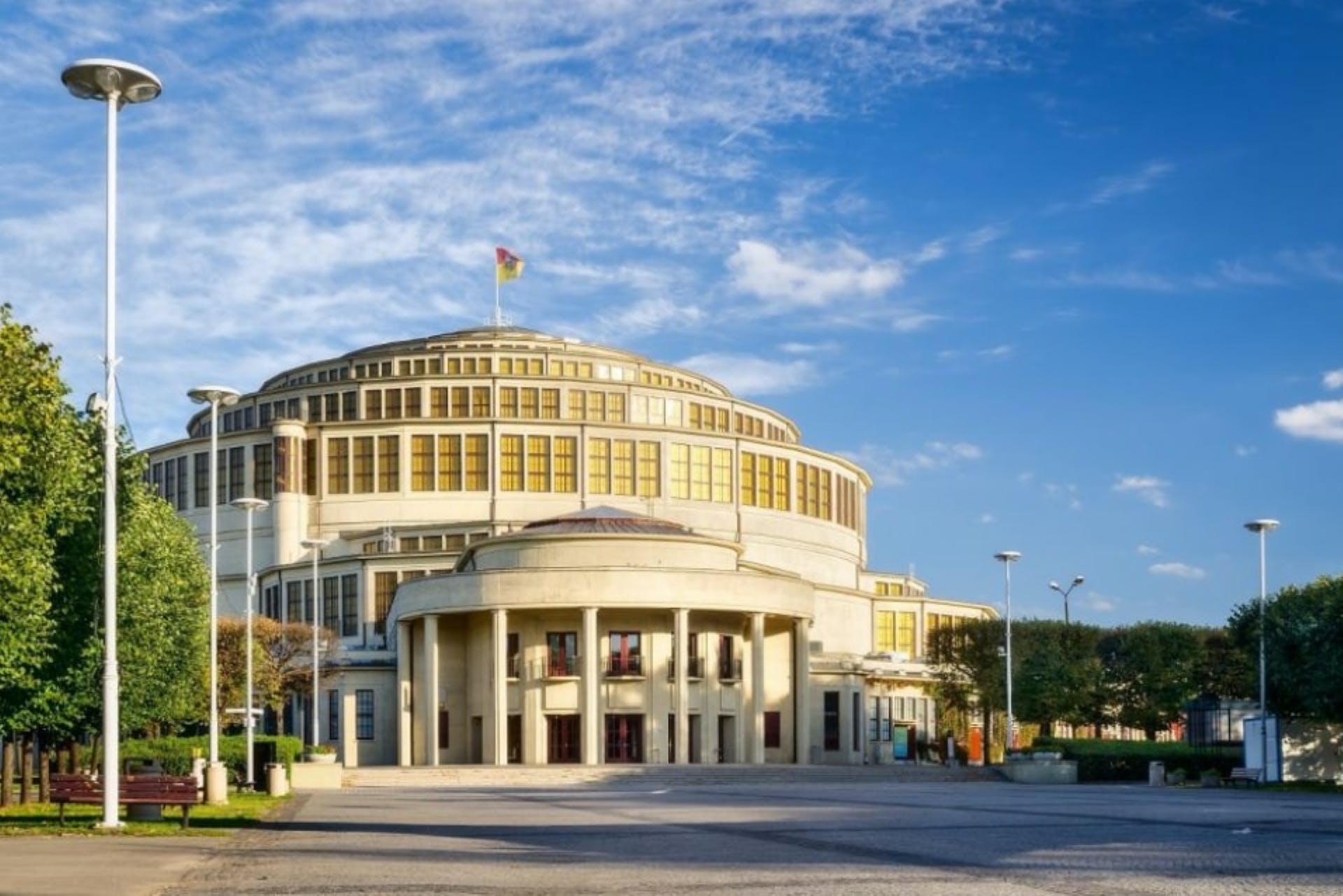 Discover the highlights of Wroclaw’s historic Old and New Town on a 4-hour tour. Explore the history of Wroclaw from the medieval ages, World War II and the Polish People’s Republic to nowadays. See the best places, which are known only to locals, and learn more about the monuments from a private guide.Stroll down the medieval streets that lead to the Market Square (Rynek Glowny) surrounded by old tenement houses with the Gothic town hall. Visit the picturesque Wroclaw Town Hall and look out for the famous copper dwarfs as well as the memorial to Dietrich Bonhoeffer. Reach the stunning main building of Wroclaw University view its impressive Aula Leopoldina in Baroque style. Continue on the Royal Road, which ends in the oldest part of Wroclaw, Ostrow Tumski. Here you will find the Cathedral of St. John the Baptist as well as many churches and cloisters, which lend the area an extraordinary spiritual atmosphere. 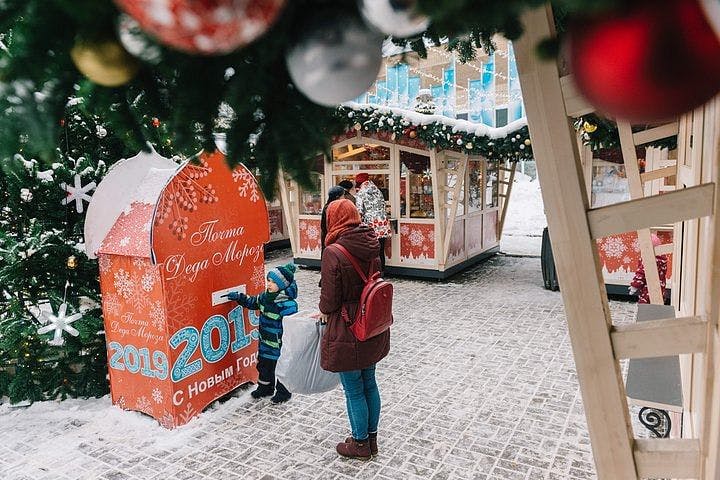 Experience the Christmas period in Wroclaw on this exclusive tour only available during the holiday season!Together with the professional local guide, you will visit the most beautifully decorated places in the city. Feel spellbound with the charming atmosphere in the streets which you can feel only this time of the year.Find out what kind of magical things happen during the festive period and hear the Christmas legends, while visiting the cosy Christmas Market that is regarded to be the best one in whole Poland.What makes it so popular? What local products must taste at Christmas? Fill your heart with the joy and experience magic of Wroclaw. Discover the most romantic places in Wroclaw with a professional local guide.Feel spellbound by the charming atmosphere of the city, visit the best places to have a date in the city. Stroll around the beautiful Szczytnicki park and visit the oldest restaurant in Europe – Piwnica.You will be surprised how many historical love stories are hidden in the streets, buildings, parks of the city. From heartbreaking and tragic, to the hilarious or spicy ones.

See all the highlights of Wroclaw on a private tour!Explore the city, while hearing fascinating facts about what makes it so special. Stroll through Old Town, learn about the Raclawice panorama and see the majestic Centennial Hall.You will be surprised how many stories are hidden in the streets, buildings and corners of Wroclaw. Perfect for those who are visiting the city for the first time and want to get the most of it.